Corrie baddie: "I had to change my appearance to hide from fans" 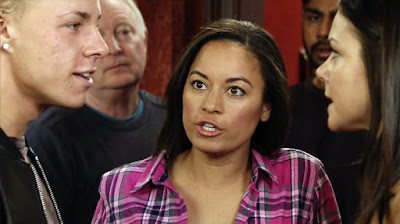 
Actress Rhea Bailey, who played baddie Caz Hammond in Coronation Street, says that she used to be shouted at the street by Corrie fans and when she left, she had to change her appearance to hide from fans.

In an interview with the Manchester Evening News, Rhea says:  “People were upset by Caz’s story and I would constantly have people shouting things at me in the street. I changed my hair to distance myself from the character. I’ve changed it back again now and as soon as I did people recognised me again."