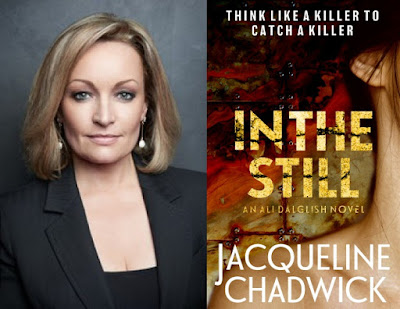 
Jacqueline Chadwick, or Jacqueline Pirie as you might recognise her from her soap days, will be best known to us Coronation Street fans as Linda Baldwin in Coronation Street.  Jacqueline appeared in Corrie as knicker stitcher Linda Sykes who went on to marry factory boss Mike Baldwin. Her stint on the Street lasted from 1998 to 2001.

Street siren Linda was involved in one of Corrie's most infamous love triangles when she was due to marry Mike Baldwin while having an affair with his son, Mark Redman. And of course, in true soap style, there was no better time for Mike to discover what was going on than on their wedding day. 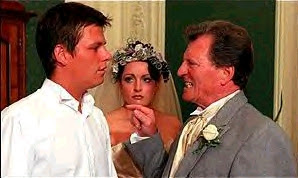 Since leaving the bright lights of the TV studio and moving far away from Weatherfield, Jacqueline is now an acclaimed crime novelist.

She's written three crime novels, the first of which is out in paperback on July 14th 2017, published by Fahrenheit Press

The first book is called In The Still  and you can pre-order here, In the Still on Amazon.

About In The Still: When Ali Dalglish immigrated to Canada she left behind her career as Britain’s most in-demand forensic pathologist & criminal psychologist.  Now, eight years later, Ali feels alone, and bored, and full of resentment. Suffocated and frustrated by her circumstances and in an increasingly love-starved marriage, Ali finds herself embroiled in a murder case that forces her to call upon her dormant investigative skills.

Jacqueline's second book is called Briefly Maiden and the third Silent Sisters, both will be published later this year. Jackie is already half way through writing book number four.