Could Summer be the making of Todd Grimshaw? 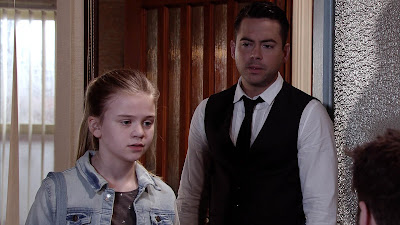 
It's always a good sign when a new Coronation Street character is given a surname on arrival in the street. It suggests a bit of permanence and so I'm pleased to see that newcomer Summer Spellman appears to be sticking around for a while.

I think she might be the making of Todd Grimshaw. We've seen his character change subtly since her arrival as he comes out fighting for what he knows is right - against Drew's nasty, homophobic mum.

Bruno Langley, who plays Todd in Corrie, is interviewed in Soaplife this week about Todd and Summer.

He says that Todd "...knows Summer's a very special kid and he genuinely feels that he and Billy are the right people to care for her, as her father wanted, although her homophobic gran, Geraldine, is dead against it.” 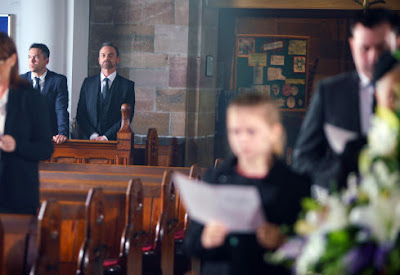 How come Todd and Billy go to Drew’s funeral after Geraldine banned them?
“Todd manages to convince Billy by saying he should stand up for what he believes in. Summer’s dad Drew made it very clear that after his death he wanted Todd but especially Billy to have a relationship with Summer. Todd makes Billy see the light.” 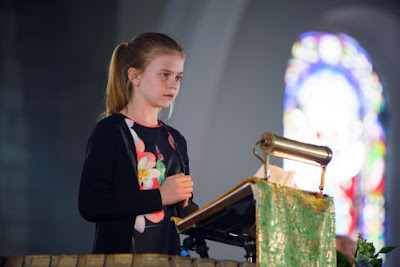 How does he feel when Summer delivers the eulogy?
“Proud. Anyone who hears a little girl stand up and deliver a eulogy about her father is bound to be heartbroken. But he is also so proud of her.”

How do Todd and Billy feel when Summer is so dismissive of them?
“Things get misconstrued. When Summer says she doesn’t want to live with them, it’s very disheartening because they had made up their minds to raise her together.” 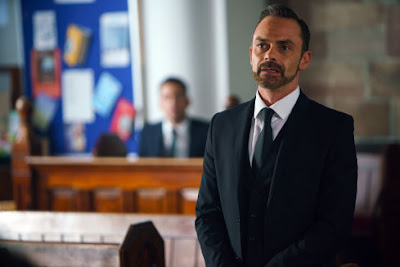 Meanwhile, Todd’s now working with Adam Barlow in his lawyer’s practice…
“Yes. He was a lawyer’s clerk in London so he knows about all this kind of stuff. Why not use what he knows to make a bit more money? Adam [Sam Robertson] is a dubious character, but Todd knows that in order to raise this child and get his own place with Billy he needs money.”

Does Todd trust Adam?
“He doesn’t even trust himself most of the time, so why would he trust anyone else, especially Adam? Billy’s also wary of him working with Adam and makes Todd promise he’ll only do ‘above board’ stuff.”

How does Summer become Todd’s first client?
“It’s something to do with how her dad died. Todd sees he can use this opportunity to make her realise that he and Billy are the best people to have her – like her dad wanted. He listens to her and makes some headway as she starts telling him how she really feels.”

Would Todd be a good parent?
“He’d make a good father to Summer and he wouldn’t let anything bad happen to her. It won’t be plain sailing, though.”