How Do You Solve a Problem Like the Nazirs? 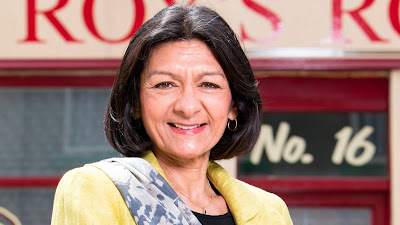 When the Nazirs were first introduced three years ago, expectations were high. Not just in terms of Muslim representation in a mainstream soap, but also because the family set-up seemed interesting.

Kal was killed off and that gave the family more drama to contend with. And we witnessed some first class acting from Shelley King, as the matriarch, Yasmeen. Then Marc Anwar was sacked, and since then, there has not been much for this family to do.

So, how do you solve a problem like the Nazirs? 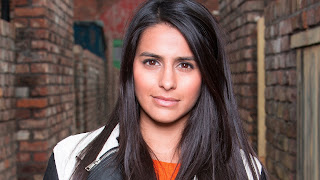 1. Get Alya more involved in Underworld. She has a good job, but we barely see her do it. She has the makings of a cut throat Carla Connor, if we saw her at work. 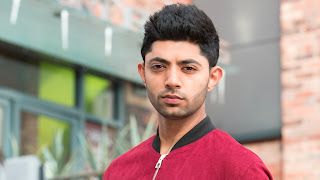 2. Zeedan has a great sense of humour. Let's see more of it. I like this character, as he has evolved, since he first skulked onto the street. But, if Alya must be the bad girl, Zeedan needs to laugh and joke more.

3. Yasmeen needs more scenes with Roy and a storyline. Shelley King can act, so give the actress something to do. Her scenes with Roy used to be superb. We need more of them, and she needs a challenging story arc.

4. Let's see the family's friends. They would mix with other people outside of the street, so let's see them and how they interact with more than Rita.

5. Give Zee a wandering eye, even if it never comes to fruition. He began the show as a bit of a wide boy. Now, all he does is fret about his chunky chips.

6. Integrate the family more. They are on the street, but not in the street. They need to be immersed. And the only way is to do this, is by developing friendships, to enable this family to interact.

7. Give them some conflict. They need something to play off. Drop the Tracy feud, it's boring; create a new one! 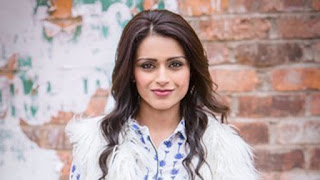 8. Rana has a big storyline coming up. Good job, as she has become like Steph;  a cypher for more interesting characters. I hope this new storyline does her justice.

I know many would rather this family left the cobbles behind. But, I think we have a strong cast here, but they are not being stretched and on paper, these characters could create some fireworks.