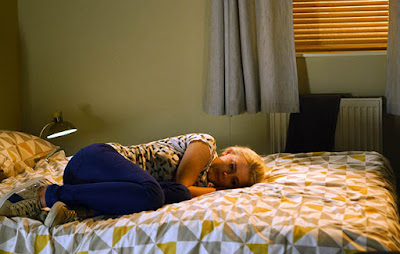 
Coronation Street actor Chris Harper, who plays Nathan Curtis, has said that the grooming and abuse storyline "isn't going to go away", as Bethany will have live with the ramifications of the abuse.

In an interview with the Press Association, Chris said this about the grooming storyline: “It’s clearly made an impact. It’s been wonderful how many people have come up and talked to me… People who’ve had abuse in their life or their families’ lives.

“The role has opened my eyes to how much of it exists and how much great work there is to try to combat it.”

Thankfully, the storyline is coming to an end but there's a long way to go yet.

Chris said this about Nathan: “He’s going to have to go down. It’s not been written yet but we’re doing it with full responsibility and awareness. We’ll see him go to trial, that’s a really important thing to see.”

On-screen, he said that the “next turn of the story” would focus on Bethany.

“It’s so hard to discover, for Bethany, that someone she thinks she loves is being cruel. That’s going to be the next turn of the story, following Bethany’s strength and courage in discovering and then facing what’s happened to her.

He also praised the role of the NSPCC and other charities supporting victims of grooming.

“I think what the NSPCC are doing to create an entire generation of kids, hopefully, who are able to spot key signals and stay safe and keep their friends safe, is really important. The whole crime revolves around secrecy and shame and keeping things under wraps.”