Mothers, non-mothers, children and future children on the cobbles 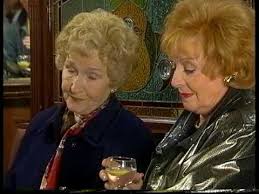 (This post was originally posted by Ruth Owen on the Coronation Street Blog in July 2015.)

Motherhood is not something every woman hankers after. For some women, maternity is not a desired state and that is how it is.

The women of Coronation Street who don’t have children are Emily, Rita, Carla, Erica, Julie (yes she’s gone, but it’s so recent I’m going to include her) and Mary. Clearly, Emily and Rita will remain childless. The others though, might all have a chance, if they want one of course. As regards Leanne; although she hasn’t had a biological child, she is most definitely a mother to Simon. Leanne is just 34 so she could still have a biological child if she wished. Some people see fit to criticise those who have just one child. Perhaps those people should mind their own business and appreciate that in some cases, people may not be able to conceive another child. 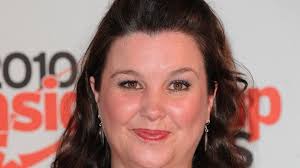 Mary is only 41, which may surprise some people who might have thought she was older, not so much by her appearance but by her attitudes. That said, she can, at times, be surprisingly progressive. I know a few people who have had a child over the age of 40 (including my own sister-in-law – 44!) Mary may still have a chance, should the opportunity present itself. You never know!

Carla is 40, so her chances are slightly better than Mary’s, and who knows how Nick will feel after the loss of his baby with Erica? We have seen several scenes now where Nick and Carla are clearly interested in each other, but the pregnant Erica put paid to anything progressing between the two.

Carla, though, may have decided against motherhood after the tragic loss of her baby. Initially Carla was considering terminating the pregnancy but after talking to Michelle she changed her mind. Carla had even got as far as the clinic, but Michelle’s words were clearly instrumental in changing her mind. At the moment though, Carla’s desire for motherhood, if it exists at all, takes second place to gambling. We also know that soon, at the end of the year, Carla will leave, though Alison King has said she ‘definitely wants Carla to return.’ Thank goodness for that!

At 50, or 49 when she actually conceived, Erica was unusual in achieving a pregnancy. I imagine that a fertility expert would rate her chances of conceiving again as just slightly over zero.

Julie, 38, adored Dev’s children and as she went off round the world she saved her biggest hugs for Aadi and Asha. It is heartbreakingly sad and cruel that some women who want children are denied them. Julie was told hat she would not be able to have children. Maybe Julie will adopt or use a surrogate.

Although Leanne has Simon and is a good mother to him, she may not wish to have another child. The forthcoming storyline of Simon’s domestic abuse towards Leanne, may well put her off having more children. Had Kal survived, though, who knows what would have happened?

As to the others, Tracy is 38 so could have another child, doubtful though that might have been before the arrival of ex-husband Robert last night. What might happen there? He is married but that won’t trouble Tracy, though it might bother Robert.

Michelle had Ryan at a very young age, but newly married to Steve and now 39, another child may be possible. She is stepmum to Amy so may not feel the attraction of  sleepless nights and disruption to their relatively comfortable life. And anyway, Steve has his dog.

As for the other women of childbearing age, Sarah was 13 when she had Bethany and now, at 28, could have several more children, maybe with Callum?! Sophie Webster could have a child and has many childbearing years ahead of her. Many gay women and men choose to have children, so in future years Sophie may become a mum. Steph is now 20 and is with Andy. Whether she stays with him or not, she could have several, should she so wish. Luke and Maria may have children, even though Maria already has little Liam. The relationship between Luke and Maria though doesn’t feel as if it is ripe for the long haul, somehow.

Beth has the wonderful Craig of course, and at 41 may be pushing the bounds of fertility. Kirk doesn’t have any children so he may wish for a child. Sinead seems to be made to be a mother so little Joseph could well have a sibling at some point, as may Gary and Izzy’s Jake. Alya and Gary may breed too. Fiz and Tyrone have a child each but not one together. Maybe, in time, they will have another, though may well decide that 2 is enough. Kylie and David may also increase their family, but above all I do hope that Eva and Jason get together again, once Todd’s lies are exposed. A baby with a chuckle like its mum, would be a real treat.