To all the men I've loved before - Deirdre's song 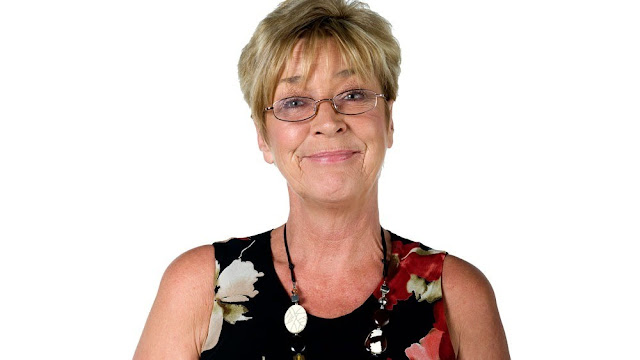 (This post was originally posted by Llifon on the Coronation Street Blog in July 2015, reposted with permission.)

Deirdre's friends reminiscing about her in the Rovers, and especially about her track record with men, prompted me to look up the men she dallied with over the years.

Below is a list of all Deirdre's men with a brief synopsis, with a link to their profile on Corriepedia.

When we first met Deirdre, she was Jimmy Frazer's floozy. It is unknown if this was just a one-time association. Jimmy was around 40 years older than Deirdre. When she returned in 1973, she was no longer tied to Jimmy.

She made a pass at Elsie's husband during a party at No.11.

Deirdre briefly dated Ray in 1973 and he later secured her a job at the Builder's Yard. The relationship ended when she caught the eye of Billy Walker. After Billy fled for Jersey, Deirdre had whirlwind romance with Ray and they married 1975. Daughter Tracy was born in 1977. Ray had an affair in 1978 but they reconciled. Deirdre refused to join Ray when he got a job in Holland and they divorced in 1979. Ray returned in 2005 to make amends before he died.

Deirdre caught the eye of publican son Billy who was 17 years her senior. After a whirlwind romance, they got engaged and planned a big wedding, to the chagrin of Annie Walker. But weeks before the wedding, Billy got cold feet and fled to Jersey leaving Deirdre heartbroken. When he visited in 1979, he asked newly divorced Deirdre to join him in Jersey but she refused. In 1984, he made a pass at her while Ken was away but she rebuffed him. Who knows, if things had worked out differently, Deirdre might have become landlady of the Rovers!

With her engagement to Billy broken, she sought solace in Maurice and had a few drinks with him. A few weeks later she was mortified to see Maurice again and when he tried to force himself on her, Ray stepped in. When Ray comforted her, they kissed and they were married in a month!

She briefly dated Mike in 1979, but then chose Ken. They dated again in 1981, but fed up of Mike messing her around, she chose Ken again and they later married. But after 15 months of marriage to Ken, Deirdre was bored and began an affair with Mike that gripped the nation. Deirdre eventually confessed and with the nation was on tenterhooks wondering who she would choose, she decided to stay with Ken. Despite divorcing Ken years later, she never rekindled with Mike and instead became a good friend and confidante to him, to Ken and Alma's annoyance. It is disputed who was Mike's true love: Deirdre or Alma. Who do you think? 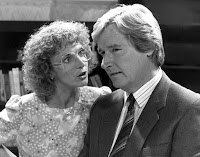 After an on/off romance, they eventually married in 1981. The marriage survived Deirdre's affair with Mike in 1982/3. Ken adopted Tracy in 1985. In 1987, Deirdre was elected councillor and this annoyed Ken as she was now on the same social level as he was. With Deirdre constantly in meetings, Ken had an affair with Wendy Crozier which ended the marriage in 1990. They had brief reconciliations in 1993 and 1996 but didn't reunite properly until 1999, thanks to Blanche's matchmaking. Despite Deirdre's fling with Dev in 2001, they married again in 2005. While both Ken and Deirdre strayed once again, they stayed together until Deirdre's untimely death.

A colleague of Ray's in Holland. He updated Deirdre on Ray's life and took her out once or twice. While Ken warned him off Deirdre, it didn't stop him offering Deirdre to come to Holland for a visit. Deirdre never took up the offer.

Dave was hired to fit in a new kitchen at No.1 and struck up a friendship with Deirdre. Deirdre was reluctant to go out with Dave alone as she had only separated from Ken. But they did and they kissed. Despite Ken wanting to reunite, Deirdre had no intention and continued to be romanced by Dave. Growing tired of Ken's presence, Deirdre began divorce proceedings. Dave proposed but dumped her when she rejected.

Suave businessman Phil was attracted to Deirdre's feistiness when she campaigned against his amusement arcades. Ken once again interfered, but to no avail. Phil and Deirdre spent New Year in Paris. He later helped Deirdre with her council campaign against Alf in 1991, but she lost. Phil hid the fact that he was in debt and indeed married. Deirdre found this out before he fled the country and came to the conclusion that she was just one of his mistresses.

She dated Doug for a while and Tracy had a crush on him. Deirdre dumped him when he used Tracy for his financial gains. 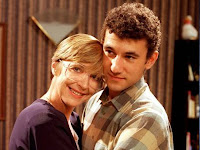 A holiday romance in Morocco that led to her third marriage. Samir was 18 years her junior. After they married, they moved to Morocco, fed up of being gossiped about. Deirdre had to return months later when Tracy took a drug overdose and lost a kidney. The marriage was strained, and once again Ken's involvement didn't help matters. When Tracy had to have a kidney transplant, Samir was a match and was happy to help. But he was attacked one day and eventually died. Devastated Deirdre had to consent for the operation to go ahead. During many heated arguments in the future, Deirdre blamed Tracy for Samir's death.

She reluctantly went on a few dates with Stephen Reid, her first since Samir's death. But she ended things when she sensed he only asked her out out of pity.

Undoubtedly one of Deirdre's biggest mistake as a boyfriend. Charming Jon swept Deirdre off her feet by telling her he was an airline pilot. Ken once again was concerned about Deirdre and investigated Jon - to find out that he worked in an airport tie shop! Jon confessed that he was no longer a pilot (he never was!!) due to an ear problem. Viewers soon found out that Jon was leading a double life and Deirdre moved into a new house with him and they planned to marry. Deirdre later found out that he was married and to her horror had framed her for fraud. Deirdre was found guilty (despite being innocent) and it was only when another woman who was duped by Jon came forward that Deirdre was freed. Jon was later jailed and Deirdre had to begin life again. 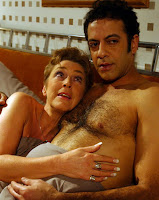 Deirdre returned to work in the Corner Shop in 2000 and found herself falling for new owner Dev. Dissatisfied with her life with Ken yet again, and after rowing with him and Peter, she slept with Dev. She was disappointed when Dev later rejected her. She kept the fling a secret until 2003 when Tracy began dating Dev. Ken was furious but forgave her.

After charming Rita and beginning a relationship with Audrey, Deirdre found herself under escort Lewis' spell. He pretended that he fancied her, but in reality he was only using her to get his hands on the bookies' money. When he feared that she had found him out, he kissed her which was videoed on a CCTV camera. Lewis eventually stole £4000 from the bookies and fled. Peter sacked Deirdre and she also got a tart in the face by Gail.

And there we have it, Deirdre's conquests. But who was Deirdre's true love? In my opinion, it was good old Ken!