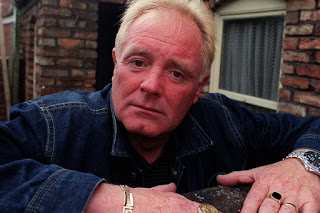 In the last week or so there's been an online petition by a fan of Bruce Jones to get him back onto Coronation Street as Les Battersby.

Coronation Street Producer Steve Frost sacked Bruce Jones from the show in 2007. Bruce was sacked after allegations of a foul-mouthed rant against his Corrie cast mates. In the statement issued by ITV at the time, it said: "The character of Les will not be seen back on screen".

In Bruce Jones' autobiography 'Les Battersby and Me' he claims he was set up by two News of the World journalists after they conned him into discussions about possible work in Dubai.

A spokeswoman for the soap told the Daily Post: “There are currently no plans to bring back the character of Les Battersby.”