Rob gets Tracy but does he really want Michelle? 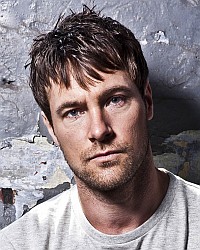 (This post was originally posted by me on the Coronation Street Blog in January 2013.)

Rob Donovan is apparently going to be dating (SPOILER) in the near future.  Actor Marc Baylis as much as admits this in an interview with the Radio Times but he also hints that the woman Rob really wants is Michelle.

Rob has had a relationship with Eva since his arrival but, at least on his part, it was definitely just a casual fling. He's also chatted up St. Ella and, while on a business trip with Michelle, admitted he's had a thing for her since they were kids. The Donovans and Connors all grew up together, something we already knew.

So it looks like another "love the one you're with" thing with (SPOILER) while he's pining for Michelle. Something tells me this new squeeze won't be best pleased.

Cue Tracy hissing and spitting, Michelle rolling her eyes, Steve gurning and Rob smirking.  *sigh*  I don't think I'm going to enjoy this triangle of dullness over much.

I think Rob is definitely worth watching... Not sure where all the Connors and related clan grew up, but wow, that must have been a neighborhood of seriously gorgeous people!