Why I still love Coronation Street 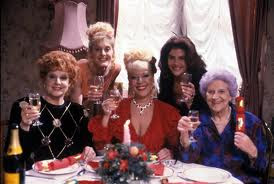 (This post was originally posted by Graeme N on the Coronation Street Blog in January 2013.) Recent comments from Vicky, one of The Coronation Street Blog's readers (re. this blog post) made me wonder if I have been too harsh on Coronation Street. While I may write in a critical manner on certain aspects of Corrie that annoy, irritate or get on my nerves, I still think it is way ahead of its main rivals on many levels.
In my opinion Coronation Street still has some of the best characters, actors and writers on British television today. It is lauded for its long and rich history however this heritage has also created a massive rod for its cobbled back. On looking back at the Street in previous decades it is easy to criticise today's Street in comparison to the so-called golden days when the likes of Annie Walker and Elsie Tanner ruled the back streets of Weatherfield. However Coronation Street is and in many ways has to be a very different beast in today's television climate.

While I may criticise the show for plots I believe to be poorly conceived or characters I don't much care for I do honestly think British television would be far, far, far worse off without our regular trips down Coronation Street. So in the spirit of this positive blog post, here are five reasons why I love Corrie:

1. I love how Coronation Street has a long tradition of providing strong, prominent stories for more mature ladies. It is terrific to see actresses such as Helen Worth, Sue Nicholls and Barbara Knox still carry storylines after being in Coronation Street longer than I've been on this earth. It is great to see these actors still being appreciated, and I know us Corrie fans love them.

2. The ability to create and develop truly eccentric characters. As much as Corrie loves to feature classic love triangle plots and the like, there is a strong tradition of developing more unusual characters, such as Graeme Proctor, Julie Carp and the wonderful Royston Cropper. It says a lot about Corrie that Roy and Hayley have become one of the most solid, stable couples in the show's history.

3. The Street, despite tram crashes, robberies and other disasters, still manages to be one of those places we'd all like to stop by for a pint and a plate of Betty's hotpot. Even in these modern, fast-paced times Coronation Street is still a welcoming place and it's familiar presence is, I'm sure, a great comfort to us all.

4. In my view the Street is doing its job if it does give us issues to debate, criticise, agree and   disagree over. If it didn't create these talking points it would, quite frankly, be dull, boring and heading off air. And if we did all agree on every aspect of this programme this blog wouldn't be half as entertaining as it is! 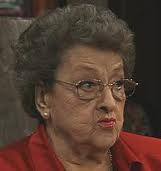 5. Finally, as I think I have mentioned before, I love that so many of Coronation Street's actors as so loyal. As has often been highlighted here on the blog, we are lucky that three original actors are still involved in 2013. What a terrific achievement! The loyalty of these actors and the many characters that endure for decades provides great continuity and allows us viewers to care more about what happens to them.

I do love Coronation Street and hope it lasts for at least another 52 years.