Where have you seen Audrey's date Henry before? 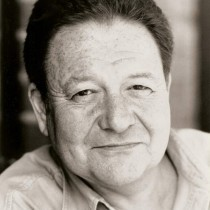 (This post was originally posted by Flaming Nora on the Coronation Street Blog January 2013, reposted to this blog with permission.)


According to Corriepedia, Harry Potts was a corrupt Councillor who popped up to give Derek Wilton a hard time back in late 1992. He also appeared in July 1995, having a run in with the one and only Audrey Roberts.

Harry is played by Russell Dixon who also played Ena Sharples in the stage version of Corrie's 1968 plays at The Lass o'Gowrie in Manchester, January 2012. Find out more.

Russell Dixon also played Dave Barnes on Coronation Street in 1979. Dave Barnes warned Ken Barlow to stop teaching his wife Karen to read and write but Ken refused guessing correctly that Ken would discover that Dave was also illiterate.  Dave broke into Ken's house, frightening Uncle Albert and threatening to kill Ken. Ken caught him off guard and punched his lights out.