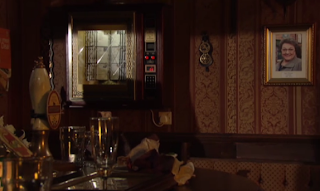 (This post was originally posted by Chewy on the Coronation Street Blog in April 2012.)

After tonight's episode, I thought yesterday's post about Betty/Annie's ownership of the Rovers needed a bit of a follow up.

The storyline progressed in a much more satisfying way than I thought it would have, the story definitely benefited from staying away from the legal side of things, as this gives the whole story a bit more leeway.

The will that Annie had left for Betty may have simply have left Betty the tenancy agreement for the Rovers, and Annie may have simply not updated her will since 1984, when Billy was still keeping the license for Annie.

This would also mean that when Betty received the will, which was sometime before 1995, she wouldn't have acted on it, because it could have resulted in Bet losing the Rovers to Betty which would have ruined their relationship.

As for the photo at the end? I think this is a great idea, Betty may never have been the legal landlady, but she was the spiritual landlady and I think it is fantastic that her photo will remain at such a focal point in the Rovers for many years to come.

And this from Clinkers (David) 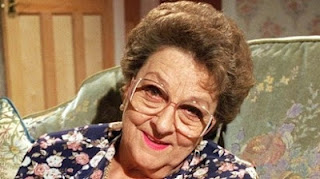 Firstly, praise where praise is due. The general tone of last night's episodes, and indeed the others during this week, seems to have been right. The hanging of Betty's picture in the Rovers, the dimming of the lights and the sound of her voice barking out orders and having a laugh was emotional and well thought out.

However the show fell foul of the dreaded ret-con this week. Retroactive continuity is something usually avoided in Weatherfield. It's uses elsewhere have often left viewers feeling uncomfortable or let down. Famously, hoary old eighties oil drama "Dallas" did it in spectacular style, trashing an entire series and all the events therein. This was feebly explained by suggesting that leading character Pam Ewing had dreamt the lot! Viewers were not impressed and so began the show's long goodbye.

Cult drama "Prisoner Cell Block H" made a similar mess back in the 1980s too. Having lost numerous leading stars in a short space of time, the writers had relatively new characters reminiscing about people they had never met. It was a clunky, poorly thought out construct. 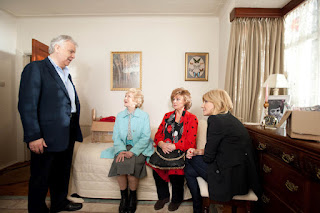 So then to Weatherfield and the hard-to-believe nonsense which should be termed Anniegate. By choosing to rewrite history, viewers have been left with storylines which now seem bizarre. These have, in some way, diminished Betty's character. Would she really have stood aside and see Bet Lynch fail so badly in 1995, knowing that the pub was actually hers? Are we to believe, thanks to a truly horrific piece of writing that Betty, to quote a response to an earlier blog, was a "mad old kleptomaniac" who stole pint pots whenever she got the chance. Plus, as many have pointed out, there was the awkward shoe-horning in of both Stella and Dennis, two characters who viewers never saw interact with Betty. We just have to believe that they did but somehow it all feels wrong. 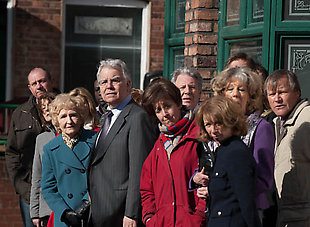 In fairness though, the writers had to deal with Betty Driver's illness and sudden disappearance from the show, as well as leaving a respectful gap between her death and that of her character. At least she was at the forefront of the show for one last story and that final scene in the darkened Rovers was a fiting farewell to a much-loved woman.