A shock on the Street

(This post was originally posted by Clinkers (David) on the Coronation Street Blog in May 2012.)

It was left up to Paul, the hapless squint-eyed fireman, to pass comment on his recently departed wife Lesley. "All of the lines on her face seemed to have melted," he mumbled. Well, that's what happens when you jam an electric toaster in a sink full of water. More mesmorising was the star turn played by Lesley's feet as they poked out, lifeless, from behind Eileen's units. Had the camera peered around the corner we would no doubt have caught Lesley texting her mates or having a crack at a word puzzle. 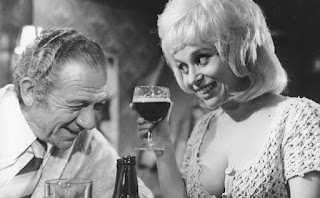 Meanwhile at the Rovers, Sid James & Barbara Windsor (expertly played by Karl and Sunita) were entendre-ing their way through another scene. Give it a couple of weeks and Marcus will be swooping in screeching "Matron!" Add to that the misery guts Joan Sims role (Stella), Charles Hawtrey (Sean - "Well, hello!") and Hattie Jacques (Eileen) - well, we have the full set.

Speaking of Eileen, I high-fived thin-air in delight as Lesley delivered a cracking left hook to the dreary knicker stitcher. If you're going to go out, then you may as well do it in style!

A sombre looking Rita returned from the hospital with the shocking news that the doctors were attempting to bring Tina out of her coma. Tommy dashed to Weatherfield General but sadly it was too late. Despite the efforts of a crack medical team, little could be done. The locals gathered in the Rovers to hear the sad, distressing news that Tina had pulled through. Life will forever be the same. 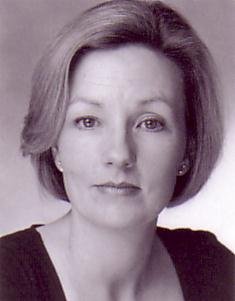 On a positive note though, what a performance from Judy Holt! Her portrayal of Lesley and the Alzheimer's disease storyline in general has been superb. It was hearbreaking when the 'other' pre-illness Lesley shone through. True, Judy Holt's engagement on the show was only ever going to be a short-term proposition but I think she would have made Lesley a good character whatever the limitations.

Also, fair play to Nigel Pivaro who seemed to be clicking back into place as Terry with his final couple of appearances. Sadly it was all a bit too late but was a great improvement on the comedy villain portrayal of earlier weeks. 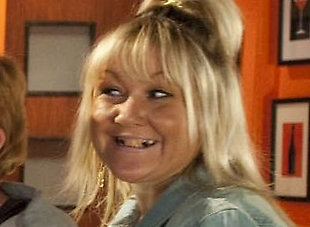 Let's also mention Beth Twaddle or whatever her name is. All fears that she would turn out to be another one-dimensional Cilla Battersby have now receded. Ok, so she is a rough diamond but one or two of her surfaces are beginning to sparkle. Let her shine!

This poster appears to have a lot of hostility toward a number of the characters on Coronation Street. He doesn't seem to enjoy the show, and I don't particularly enjoy his posts.

I actually had that same thought myself- I doubt I could make myself watch anything if I had such disdain for the Corrie street regulars.It is part of the appeal of the cobbled streets to have such colorful often unlikeable characters on the streets.It keeps it interesting,just like real life. I thought the bit about Tina 'sadly pulling through' was brilliant,though.To each his own,however!

Corrie always has had it's ups and downs and what some enjoy, others find tedious.