Getting it right and getting it wrong on the cobbles

(This post was originally posted by Clinkers (David) on the Coronation Street Blog in June 2012, reposted with permission.)

It's been a mixed old week down in Weatherfield. The action began with the culmination of the Duckworth drug dealer saga. Three cheers for the powers that be who managed to bring this one to fruition in (for Corrie) a remarkably short space of time. Again we were teased with the prospect of trout-face Tina going to meet her maker. Yet again our hopes were dashed and the belligerent barmaid lives to see another day.

Tommy, battered and bruised, mooched around in several of his low-cut tops, edging further away from the so-called 'cheeky' character we had been promised a year ago. This perpetually sobbing wuss of a bloke needs to man-up and soon. At least whilst he is with Tina, they don't ruin another couple. 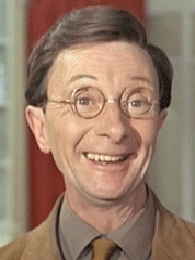 The title of Weatherfield Fag-Hag of the Year would normally be festooned (or should that be harpooned) on the doleful Eileen Grimshaw. But await! We have a pretender to the crown and it comes in the form of muddled Maria, who seems to be falling hook, line and sinker for a man who fits somewhere between Charles Hawtrey and Liberace on the league of masculinity. Give it a couple of weeks and Maria will be swooning over pictures of Christopher Biggins.

Is it worth mentioning Sunita again? Oh go on then, let's. From shop-assisant to slut, the ruination of Ms Alahan continues. She's now taken to serving up the twins pasta dressed like a brothel keeper. By the end of next week expect to see her dishing out beans on toast decked out in fish-nets and a whip. Oh I'm forgetting, we already saw Sunita's pins in all their glory last Monday (credit where credit's due - Shobna Gulati has a body to be proud of). However, this unseemly storyline soldiers on. Sunita's character change continues to jar and feels unrealistic. In addition, Karl has morphed from jovial bloke to filthy old man in a matter of weeks. If the rumours are true, Sunita is due to descend into the ranks of the soap-opera bunny boiler in the near future. All very sad and unecessary but maybe she will emerge on the other side as the till operator we once knew and loved.

Missing person award of the week is awarded to Deirdre. Presumably Mrs Barlow found the prospect of attending either Rita's wedding or the Jubilee party a complete bore. Let's imagine her holed up in number one, chain-smoking in her dressing gown and weeping over her futile attempts at making a commemorative plate.

Congratulations then to fesity Rita, a riot in peach, as she tussled with a nasty drug dealer, a rancid Norris and a dreary bridesmaid. Barbara Knox delivered in spades and in a week of so-so stories, hers was the one that stood out. Here's to you, Mrs Tanner!

this is one of the best blogs about corrie...thank you for all the great pics and yes the blog also. after years of watching by myself my husband has joined me. he is now hooked. we live in michigan and watch canadian tv by way of windsor ontario. again thanks

Thank you for your kind words. We're glad you're enjoying the blog!

Ditto on the sentiments of the blog.

It's nice to have a place to rant.

Sure thought we were going to see more of the street party. Seemed a shame to have everyone all decked out for the fancy dress and we really only saw 5 minutes of them. Was waiting for karaoke or Rita singing to her husband. Such a waste.

I do wish we'd seen more of the party, yes! What did we get? Sean making hotpot, Tracy chasing Steve around, Karl and Sunita sullying the shop floor. A few awards given out.

More of the party would have been fun, and wayyyyyy less of Karl and Sunita. Huge ick factor at play here. The character transplant fairy has really been working overtime on Sunita. Her out and out lies to Dev were dreadful (although well acted if she was really trying to look like she was lying). While being married (not) to Dev must be extrememly difficult, being attracted to Karl is an act of complete desperation!