Touching concern from Jason and David at Nick's bootcamp

(This post was originally posted by Ruth Owen Varley on the Coronation Street Blog in May 2012.) 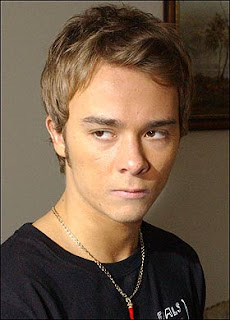 Jason can be very kind at times. As he pointed out to Tommy, his mum Eileen is 'in bits' and she most certainly is. More praise for Jason is due for his wisdom and knowledge of human nature. His comment that 'everyone's looking for someone to blame' in dreadful situations is abolutely spot on. It's pleasing that the writers give Jason these gems from time to time. He's like a lot of people; fundamentally decent.


It seems it's always been the duty of older people to tell younger people to get out into the sunshine. True to form, Audrey tries to get David outside. David seems to be genuinely bereft at Kylie's disappearance and his fondness, even love for Max is a truly redeeming feature for David's less than appealing character.

Gail's rather unpleasant image of David 'stewing in his own juice' is nevertheless apt. Nick takes charge, practically boots David upstairs, tells him to wear something decent, 'not one of your dodgy tee-shirts' and tells him that his little brother will be working at the Bistro. Eva's 'while smiling' then 'still smiling' and finally, she bursts out with 'I bet you can't even crack a piggin' smile,' was excellently delivered, as Nick barked out the instructions for taking orders. As expected, the job didn't last long. Looks like Nick might be booting Eva too.
As for 'Uncle Karl' not only does he have his gambling addiction, neither of Sunita's children will even give him a chip.
Follow the Bluenose CorrieBlog on Twitter and Facebook
Posted by Tvor at 10:56

Asking the kids to call a neighbour who drops by "uncle" is like holding up a big sign saying "this is the guy I'm having an affair with".