Pushy parents, athlete's foot cream and the hand of friendship 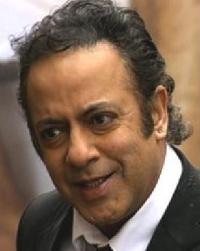 (This post was originally posted by Ruth Owen Varley on the Coronation Street Blog in May 2012.)

Be warned,Dev! Your boy may well play a mean round of golf, but he's very young and when he hits his teens other interests may well take over. Sunita's attitude to her son's success is healthier but then she has other matters on her mind.

A challenger for the kindest person on the Street must be Kirk whose athlete's foot cream masquerading as toothpaste experience can only endear the viewer further to the wonder that is Kirk.

Fiz too must be in the running for one of the kindest people ever to appear on the Street, raising her odds last night after offering the hand of friendship to Kirsty, who is successfully alienating herself from her new workmates. Does the woman have no self-awareness? Why on earth would she make such detrimental comments about the low-brow nature of their conversation? Besides, everybody, even brain surgeons talk trivia sometimes and there's nothing wrong with that. What would Kirsty like to talk about? The philosophy of Wittgenstein, the operas of Verdi or the novels of Proust? She's obviously marking herself out as a superior being. The writers then very skilfully shifted our sympathies in Kirsty's favour by means of the brilliant line: 'I'm so used to aggro, I get my retaliation in first.' What a  superb creation she is! Whenever she's on screen, she is mesmerising!  It will be exciting to see where the writers take her.