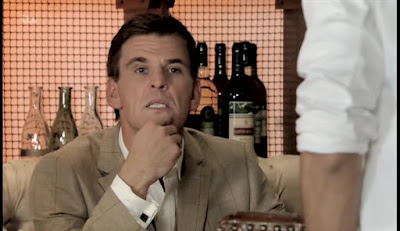 Four hanky award: Michelle and Steve's tragic week was heart wrenching even if the actors hadn't been through similar in their own lives. That dose of reality made this very hard to watch. Utmost respect for both actors.

Paraskevidekatriaphobia award: Sinead has a phobia about Friday the 13th.

Lines of the week:
Gemma "I was playing Putrid" Rita "Cupid" (HA!)
Eva about Toyah "I know her type. Barking out all orders then basking in all the pigging glory"
Kevin "How'dyou think dipping into the petty cash for Hope last year helped, eh? I wouldn't mind only she isn't even yours!" Tyrone "It's not the first time I've raised a kid that wasn't mine"
Gemma "I've done it on the top of a bus shelter and let me tell you, I couldn't have cared less about those people on the top deck of the 1-4-3!
Gemma "A six foot kebab? I'd be more worried it was going to eat you than feed you"
Liz "Grieving is a lonely, lonely place"

Sinead has Triskaidekaphobia (fear of number 13)
I don't have it because I was born on a Good Friday ;)