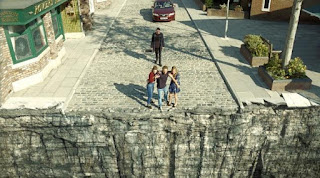 (This post was originally posted by Emma Hynes on the Coronation Street Blog in December 2016, reposted to this blog with permission.)

Change across the course of a life is inevitable. As adults looking back on who we were and the people we have come to be, we can see that while our foundations remain part of us and often inform our personalities, to them we have come to add history and experience as our lives have unfolded, and we are forever going into the unknown. At 56 years of age, Coronation Street is no different. Through its lifetime, it has successfully adapted to a vast range of societal and technological changes to remain a televisual stalwart, and this achievement only magnifies with each passing year as things increasingly come to feel all the more disposable and transient.

Even though, in many ways, Corrie no longer resembles the programme it was at its inception, the strong roots planted in 1960 by Tony Warren have strongly supported it and enabled it to grow and blossom across the years to arrive at what we see today. 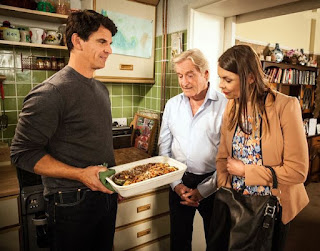 The task of ensuring Corrie’s continued survival should not be underestimated. Imagine trying to stay true to a much loved and revered show such as this while taking it forward in time and all under the watchful eye of millions of viewers who love it as much as we do and all have our opinions on what works for us and what doesn’t. In such a scenario, the necessary space to experiment and innovate is not found in the quiet of a laboratory, or a household kitchen, but on a very public stage where the newest character, storyline or family have the potential to invoke the ire of unhappy viewers. I therefore respect the bravery involved in trying something new at the risk of it not being received well.

As an episode reviewer for this blog, it is essential to be honest, however, and if there is something I don’t feel is working, I will always say so. It is important to be respectfully critical where it warrants it but, as above, I welcome the risks taken, as without them, the programme could not develop.

We have witnessed a few innovations of late. One is the use of some interesting new camera angles which I definitely think are adding something, and I enjoyed the Christmas antics in the Rovers with Steve’s new camera where the actual action was interspersed with the footage being recorded and the associated sound. There is another, however, of which I’m not a fan, and that is the introduction of incidental music. Indeed, our editor Flaming Nora has also written a blog today on this very subject.

There have been a few episodes of late where music akin to a soundtrack has been added to scenes as opposed to appearing naturally as it might on the jukebox in the Rovers, or on a radio in someone’s house. We heard it when Liam shook his Llandudno snowglobe as he thought of Maria. Then, during the hour-long Christmas episode, it became even more obvious. Carolers were strategically placed on the street corner to croon 'Last Christmas' over the cobbles as Norris went about his business. While they appeared wedged in for the purpose, at least they formed part of the scene. It jarred, however, when they could be heard loudly but faded out when Andy appeared. Perhaps they walked off? Although considering what followed, probably not. 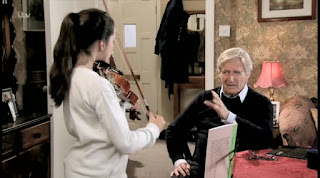 ‘It’s Beginning to look a lot like Christmas’ was a fitting soundtrack to the Platt’s opening their presents, but only because I was happy to believe they were listening to it on the radio. However, when it continued at full pelt as we cut to Tim grumbling in the garden, and on to Nick and Leanne chatting in the flat, I was less comfortable with it. The entire episode was filled with carols and Christmas songs which was lovely, but those instances where it was acting entirely as a soundtrack across different locations and scenes didn’t work for me. I’ve been thinking about why this might be, and have concluded it’s because reality and normality lie at the heart of Corrie, and this takes it somewhere otherworldly. It jolts me out of the realism which has been part of the show since the very beginning, and so it changes the very feel of the programme for me, which I don't like.


While I definitely wouldn’t be sad to see this new element dance off into the night, what I do commend is the bravery to try it out, and in being critical of it, I simultaneously welcome the move to try something different. Change is crucial to survival, and nothing or nobody can change without being granted the freedom to experiment and to make mistakes. It’s only through this that innovation can occur. Without taking such chances, we could be deprived of hitherto unknown triumphs that enhance our viewing experience and ensure we keep watching.