Toyah Battersby - all you need to know 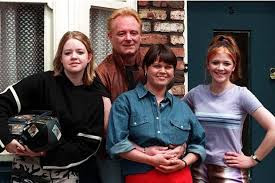 With the great news today that Georgia Taylor is returning to Coronation Street as Toyah Battersby, let's have a look back at Toyah's life on the show.

Toyah was on the show until 2003 and during that time she... 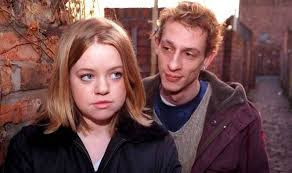 ... developed a crush on her neighbour, Spider, who introduced her to environmentalism, as well as the occasional cannabis joint. It was Spider who helped Toyah save Theresa the turkey from the Battersbys' dinner table at Christmas. Toyah became very enthusiastic about the "eco-warrior" lifestyle; so much so that she poured anti-freeze all over the freezers in a grocery store while protesting the sale of prawns. 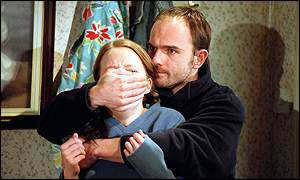 In 2001 Toyah was raped and left for dead by Phil Simmonds, a man she had befriended after meeting through Spider. 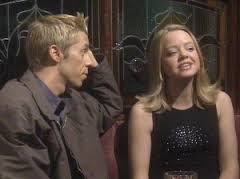 After the ordeal, Toyah returned to college and moved in with Fiz Brown and Maria Sutherland in the flat above the hairdressers' and tried to move on with her life. She had a brief fling with Andy McDonald.

Toyah then started dating one of her former professors, John Arnley, in 2002. 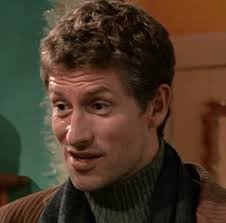 Toyah left him after discovering that her best friend Maria had had a one-night stand with John in January 2003, which resulted in her falling pregnant by him. 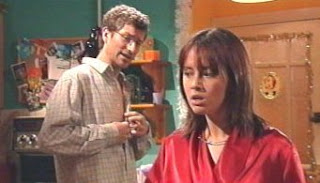 Despite the fact that Maria had an abortion, Toyah couldn't handle John's infidelity and left for a new life in Sheffield, before reconciling with her ex-boyfriend Spider Nugent and moving to London with him, as he had started his own juice company there. 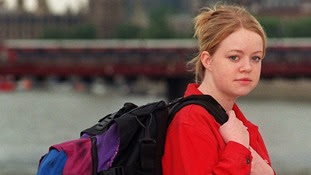 Regular Blog readers will know I'm a huge fan of Spider and I do hope that Toyah's return might herald the return of Spider too.

With thanks to Corriepedia for the Toyah story!

I'd love to find out what Spider's been up to all this time. Still eco? Now the owner of a huge but suspect eco conglomerate? unemployed on the street? Let's have him back and find out.