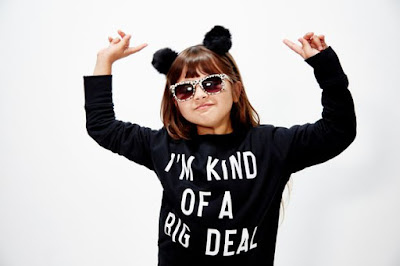 The Manchester Evening News reports that 7 year old Scarlett has become the “face” of the new childrenswear line from Boohoo.

Tina says: “I’m really proud of Scarlett and everything she has achieved. Scarlett is represented by my casting agency ‘The Drama MOB Management’ which I own with my friend Esther and has cast for an Asda, Morrisons and Bensons for Beds TV commercial this year and her most recent job has been the two modelling shoots for Boohoo. She recently performed at The Lowry Theatre with our drama school and she loved it.”