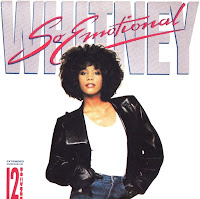 (This post was originally posted by Fat Brenda on the Coronation Street Blog in January 2011, reposted with permission.)

Long time no see, unless of course you've been checking out me tweeters! For those of you that don't know, Tweeter is on the into-net and it's a bit like having friends round yer house for a gossip except you don't have to make 'em a Mellow Birds and you don't have to move yer knickers and bras off the radiator. Belting!

Now where was I? Janice flamin' Battersby! So Janice has been burgled, that poor thief, imagine yer disappointment when you take all that time to get into a flat undetected and the only things there are a couple of empty vodka bottles and a Breville! It'd be like breaking into a Cadbury's Caramel and finding a Snack a Jack: devastating! The finger of suspicion is pointing at Streetcars but I'd like to take this opportunity to defend our record, we have only ever been responsible for a couple of petty crimes and a kidnap round here, and for a Weatherfield cab firm that's not flamin' bad!

Me deadly enemy in Matalan clothing, Eileen, has finally left! In some ways loveys I feel a loss, like Churchill must have felt when he found out Hitler had shot himself; happy but a bit down an' all. Me reason for living has been hating that woman and now she's gone I must admit to feeling a little empty inside. I've been listening to 'Where Do Broken Hearts Go?' by Whitney Houston and weeping, but then don't we all when we hear Whitney (before the crack habit loveys obviously, she's not much cop nowadays). She makes us all feel 'So Emotional' innit.

So in a nutshell - and you don't get more nuts than Owen - Eileen has robbed ten grand from the only fella in Weatherfield that makes John Stape seem normal. I almost regret knocking them tiles off her roof and blocking up her gutters now, and I can't help but feel a tiny bit responsible for costing Eileen her job, three grand, her other job and her sanity... oh well, she'll be right.

In other news this week, my Eddie (him of hair so red and full bodied it makes Sarah Ferguson jealous) and his lucky witch of a wife, have finally been lined up with a kid called Fay(e). Eddie tells me she's a little belter and he's been proudly handing out Curly Wurlies all week in celebration. He's so excited is Eddie that he told me he's actually a bit bored of Gary now he's got a new kid and wondered if they'd give him a refund! I'm sure he was joking loveys but you never know with our Eddie, when it comes to refunds he's quite a tough cookie... I doubt he'd get a cash refund for Gary though but he
might get a credit note or summat.

Weatherfield's answer to The Apprentice's Karren Brady, or Michelle Connor as she's also known, has bogged off on a cruise with the full trousered and hard muscled denim clad lump of gorgeousness that is Ciaran! WHAT A LUCKY COW! She's got shut of her angst-ridden Ryan and now she's got Ciaran all to herself in Bar-flamin'-bados! Sometimes loveys if I think too hard about how lucky some folk are, it makes me want to rip the filters off me Dunhill and smoke 'em raw - "but Brenda, she's lost both her brothers has Michelle, she's had hard time" - flamin' bothered! Who here wouldn't push all their siblings under a flamin' car if it meant spending even one night with that Irish hunk of fit?!

Right, I've annoyed meself now so I'm off. But first: John's had a nervous breakdown, Chris the builder is like Doctor Jekyll and Mister Hyde except his Doctor Jekyll is just as scary as his Mister Hyde and finally Gary assaulted a police officer by not actually assaulting him after being questioned for doing nowt wrong. Cheryl's in the cab office lounging in me chair and eating me Viscount biscuits and Lloyd's mooning after her not believeing his luck cos the last woman he shacked up with was Theresa
Here's a link called a link that's a link to me tweeters...HERE!
Bye!
Posted by Tvor at 11:48