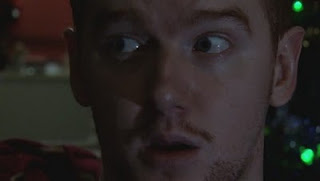 (This post was originally posted by me on the Coronation Street Blog in January 2011.)

You might not think that watching Gary cower and sweat in a panic while experiencing post traumatic stress is something that would inspire someone would you? But it has. Mikey North speaks to the Daily Record and says that he's had a man come up to him in the street and praise his storyline saying it inspired him to do something more with his life.

Mikey has done his research well, speaking to soldiers that have been through things like Gary has. He's been told that the flashbacks can occur any time and over a long period of time and are usually triggered by something. In Gary's case, it was the tram crash and carnage initially and, more recently, the idea of being confined in small spaces.

There's also a few spoilers about the upcoming spinoff on ITV2 on Monday night at 10:00 pm. The ITV.com short pieces about Gary's experiences in Afghanistan have proved so popular that they've filmed a 30 minute special called Gary's Army Diaries. We see Gary and Izzy moving in together and watching some of the video footage Gary shot while on duty with his best mate Quinny.

There's another interview with Mikey on the same subject through a link here. It should be very good and I, for one, will be watching it.
Posted by Tvor at 11:56