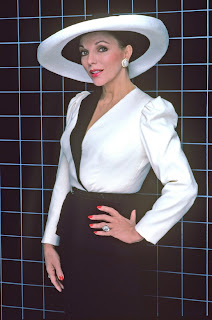 I saw John Stape last night loveys and he looked very troubled, I said to him 'where there's no Joy there's always Hope John love'. Did it make him feel better? Did it flamin' hell! He sat down on the cab office chair and told me everything. I started to panic, 'Pass us me Dunhills lovey' I wheezed, 'quick lovey, pass us me Dunhills'. He kept banging on about how I had to forgive him and then he put his hand over me mouth - so I kicked him loveys, I kicked him right in his mini kievs! He was belting after that and we had a Mellow Birds and a laugh. He's a right character!

I think somebody's suffering from sleep deprivation; Kevin, he's like a man posessed! He wants to pour himself a glass of Calpol and 'chill out' as the young folk say. If I was Sally he'd have more than sleepless nights to worry about, I'm a dab hand with a pair of rusty scissors and I'd have him hobbling around them cobbles for months!

Nice to see Maria falling for the right fella again innit! Hot on the heels of Liam - I love Carla - Connor and Tony - I'm psychotic - Gordon she's started dating Chris - I'm proper scary - Gray. I'll tell you what Maria why don't you just cut out the middle man and go straight to Strangeways for yer next date! Honestly, and they say Kirk's the thick one.

I landed on me feet last night loveys and had me tea with Ken and Deirdre. We had shop bought pie, peas and crisps. Belting! That Ciaran thinks he's too posh for food like that with his flamin' northern tapas, or whatever it's called, but you cannot beat a bit of Deirdre pre-prepared reheated magic! She puts Antony Worral Thompson to shame... mind you that goes for everyone on the planet dunnit, I can't stand that little bearded weirdo!

Deirdre was very kind and offered to lend me some of her power suits for me next court appearance - although why she needed power suits to work for Weatherfield Council I don't know, she looked like a bronchial Alexis Colby! You can say what you like about Deirdre though, she's a cracking figure on her (it's probably 'cos of summat glandular) so nowt fitted me. I couldn't even get me leg in - I did still have me Uggs on at the time though!

Trust Claire Peacock, someone badmouths her recently deceased husband and what does she do? Gently pushes 'em! If it wasn't for those cheap prison made stilettoes snapping, Tracy would've given her a right pasting. She should have got me to do it, I'd have knocked Tracy into the middle of next week - hopefully to a Tuesday or a Wednesday so you lot wouldn't have to see her for a while.

Becky bravely offered to take the blame so she could cost the tax payer loads more money in wasted police time and court costs. She's had more cash spent on her by the state than the Queen!

I'm not very happy with Gary Windass. I've been promised a belated Christmas kiss for weeks from Eddie and what happens? He gets smacked in the chops by Gary! I shouldn't complain though, the poor kid's in a bad way. According to Eddie, being locked in Owen's van made Gary have a flashback or summat - 'cos the Taliban are famous for locking folk in the back of builder's vans! On a serious note though loveys, that boy needs help, he's a good kid and I feel right sorry for him.

If I was a soldier locked in a builder's van I'd have done summat like them A-Team fellas and built a car or a tank or summat from the bits of wood and tools in the back and smashed me way out, shooting at folk with me special plaster firing splat gun... I think I'd better go loveys... I need a ciggie or summat to calm down... it's strong stuff is this Mellow Birds!

If yer not on tweeter then get on tweeter and tweeter me or follow me tweeters and I'll tweeter you or summat and then we can all tweeter on tweeter... tweetering together. Click on this thing called a LINK to see me tweeters in all their glory!