Time for Adam Barlow to return? 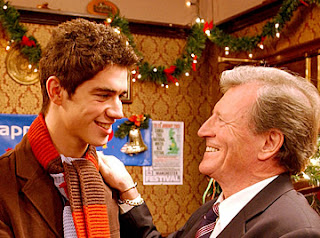 For the past few months, I've been wondering about Adam Barlow. Last we saw of him, he headed darn saaf to help Peter run a chain of bookies. Now Peter's back and Adam is nowhere to be seen.

I didn't like Adam during his last stint as he stood between Danny and the money from Mike's will, and he was a bit of a brat. Now though, I think it'd be interesting to see him back on the street, there's plenty of new characters, and Peter could do with a good assistant in Barlow's Bookies, as his current staff consists of a accidental serial killer and a man who is systematically trying to destroy his whole life.
Posted by Tvor at 10:27