What's Next for John Stape 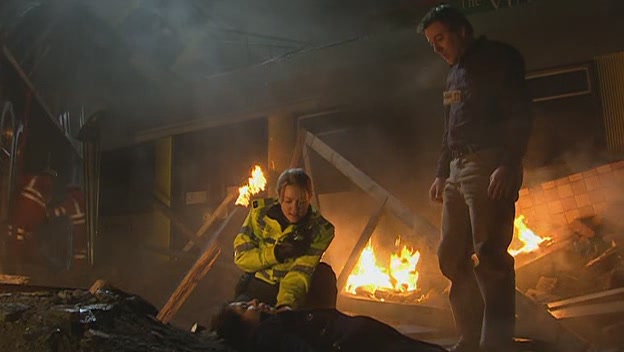 (This post was originally posted by Seapenguin on the Coronation Street Blog in December, 2010.)

Looks like Gary Windass isn't the only person battling his demons on Coronation Street last week.


Alarmed by her husband's deteriorating mental state, Fiz made an appointment for John Stape to see Dr Matt (by the way - is it me, or does Dr Matt look like he'd be great in a "Just for Men" advert?).

"You seem very...troubled," mused the concerned G.P., writing a prescription for sleeping pills and suggesting John see a counsellor.

John is refusing counselling at the moment, and I think we all know why. He's racked with guilt over Charlotte's death, and he's torturing himself with the idea that baby Hope is suffering because of his evil deeds. He's longing to get it all off his chest, but he knows that if he talks, he'll end up in jail. Again.

What will he do? John Stape's a popular character. Many viewers would like him to stay on the Street and make a life for himself with Fiz and the baby. I know I would. The Stapewick saga has been terrific black comedy and the writers have done an amazing job keeping the sympathy of the viewers with John despite his horrific trail of death and destruction . Months ago I suggested half-jokingly in a blog post that one way forward could be for him to have psychotherapy. We've been up the ginnel a few times since then, but I'm just wondering if this is where we're now heading? Difficult though. I'm pretty certain that a psychotherapist would be obliged to break confidentiality if John 'fessed up to manslaughter/murder and so forth. Then John would be forced to bump them off, as well, in order to avoid jail...oh, where will it all end?