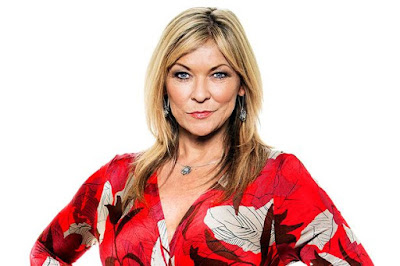 
Claire King, who plays Erica Holroyd in Coronation Street, was interviewed on ITV's Good Morning Britain today. And she talked about why she was leaving Coronation Street and the role of Erica behind her.

Claire said this about Erica:  "She was a different character to what I'm usually perceived as playing, but I thought that she was such a natural character and a proper Coronation Street character. And then she started changing a bit so... and she had no family, she didn't come in with a family - she was a bit of a pinball pinging about. So yeah, she kind of changed a bit and I just thought, 'Right, this isn't the character that originally started'."

She also said that pulling a pint in the Rovers Return was one of the things on her bucket list - and something she managed to do!

Asked whether she considered heading back to Emmerdale as Kim Tate, she confessed that there was a possibility.

She said: "The door's not locked and I'd never say never."