The Saddest, the most Heartbreaking Lines... 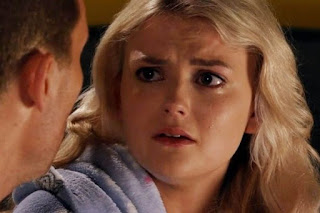 (This post was originally posted by Ruth Owen on the Coronation Street Blog in July 2017, reposted to this blog with permission.)


Coronation Street is known for its fine comedy, its credible conversations and its well-drawn friendships. Some of the best lines ever written have been uttered on the cobbles.


But it’s not just the comedy, it’s also the heart-breaking scenes and the sadness around broken friendships and relationships that are particularly poignant.
The ones I have chosen here are the ones that over my many Corrie viewing years have had a profound effect.
Most recently - Bethany’s words.  The fact that she is so young and has endured so much is what is behind her words when she says to David and Sarah:-


‘Nothing helps. Please hear me. I’m broken and nothing is going to fix me.’ 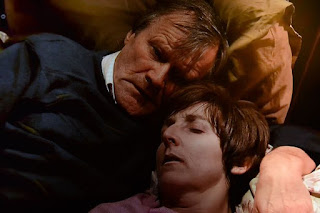 Another is by Hayley, to Roy, who she so badly wanted to understand and support her in her bid to kill herself, before her cancer became too much to bear for herself and others, especially Roy. Typically for Hayley, with no fuss, no drama, even though this would be the most dramatic action of her life, she says:-
‘I love you – always have, always will. I’m so sorry, I have to go.’

In the very first episode of Coronation Street, Elsie has been rowing with her son, Dennis. Dennis is not hunting for a job seriously enough in Elsie’s eyes, but Dennis feels stymied because he is just recently out of prison. Elsie accuses him of stealing £2 from her purse. He didn’t. His sister took it to do some shopping.
Exhausted by the stresses of family life, Elsie gazes at her reflection in the mirror. She ponders her image and comments on the inevitable deterioration that age brings with it and comes out with this famous line:-


‘Eh, Elsie, you’re just about ready for the knacker yard.’ 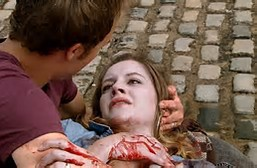 Last year, the incomparable Kylie Platt was murdered in broad daylight. As she lay dying in David’s arms, her children on her mind and the devastating realisation that she must leave them dawning on her, she said:-
‘Whatever mistakes I made, please tell them I never stopped loving them.’ 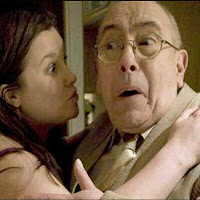 In her early incarnation, many viewers thought Mary was just plain weird, and terms such as oddball, nut- job and loony were cast around. Recently Mary’s evolution has made her a firm favourite on the cobbles.
In those early days, viewers will remember how Mary was very taken by Norris, but he did not reciprocate. In the words which follow, there is mystery, a hint of revenge and a lifetime of rejection. Norris’s enquiries fall on deaf ears.


Mary: You wouldn’t be the first person who rejected me. Even my own mother turned her back on me. I made her pay for that though.
Norris: What did you do? 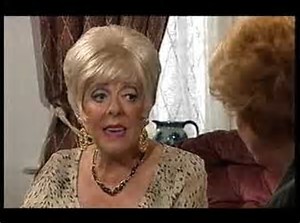 In this next conversation, we witness the end of a longstanding friendship. Bet Lynch has been away for 7 years. Prior to her leaving, she and Rita had a falling out over a large sum of money. Bet claims that Rita had promised to put £60k towards buying The Rovers with Bet. Rita claims she didn’t promise and has changed her mind – hence the argument.


Now Bet has returned and turns up at The Rovers. Rita is there but neither she nor Bet make the effort to reconnect. The next day though, Rita has a change of heart and goes to see Bet. Sadly, they cannot regain their friendship.
Rita: You’ve turned into a hard, petty woman. I feel sorry for you. Do us all a favour and leave and take that vulgar ring with you.


Bet: You still think you’re a cut above. You can put on all the airs and graces you like – you only run a toffee shop.
Rita: I was a fool to come here and think I could salvage something.


Friendships come and go, but Rita and Bet had been very close over the years. I’d like to bet (!) that in all our lives there is someone, a once valued friend who is no longer in your life. And that fact makes you sad.