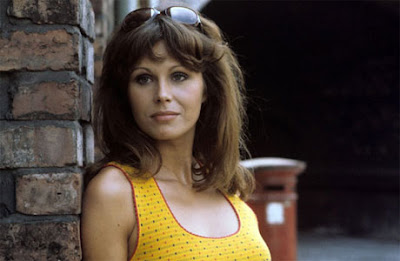 
Kym Marsh, who plays Michelle Connor in Coronation Street, writes a weekly column for OK magazine. And in this week's column, she suggests bringing back Joanna Lumley to reprise her role as Ken's love interest Elaine Perkins in the show.

Now, I think this is a superb idea. And Kym writes in her OK magazine column: "Apparently Joanna Lumley would love a return to the cobbles. She played Ken Barlow’s girlfriend Elaine back in 1973. She’s an iconic actress, so it would be wonderful to have her back."

And it's something that Joanna Lovely Lumley herself has talked about not too long ago, when she was interviewed on BBC's The One Show. She talked then about how leaving Corrie was the saddest thing she's ever had to do.  You can read more on that here.

Could the time be right for her to return? Ooh, yes please make it so!