The Saints and Sinners of Summer's Corrie

(This post was originally posted by Stevie Dawson on the Coronation Street Blog in August 2017, reposted to this blog with permission.)


Bless me father for I have sinned. It has been several weeks since my last blog. 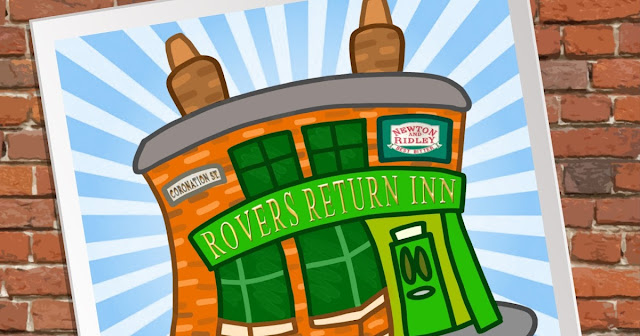 I’ve been enjoying reading rather than contributing to ‘The Blog’ these past few weeks. Through a combination of hectic work schedule and lack of inspiration I’ve not felt compelled to share my own thoughts on Corrie, but the musings of bloggers old and new have kept me fully in the loop on all things cobbled. I last blogged back in May about the lovely vigil for friend of the blog Martyn Hett, who died in the Manchester arena bomb. Not sure if these events triggered my blogger’s block, but as storylines build up to their autumn/winter crescendo, I thought I’d dip my toe in the water again and share some of my thoughts on Corrie’s current storylines. 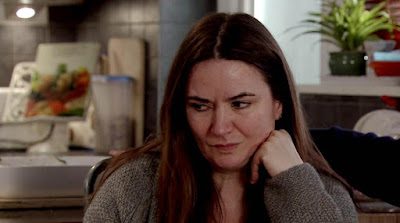 I’m not convinced by Kev and Erica’s little affair, they don’t seem well suited to me, sexually or emotionally. Their affair however has led to some more awesome performances from the brilliant Debbie Rush, who plays down in the dumps Anna Windass. Debbie plays anguish and torment so well, and Anna’s recent heart-to-heart with Kevin tugged at the heart strings. Her confrontation at the Bistro with Erica, where she laid down the law was also great – is Anna finally taking back control of her life?

The surreal but hilarious shenanigans from Norris and Mary have had me in stiches over recent weeks. Sometimes blurring the lines between soap and comedy, they end up in situations some might say are well beyond realistic, but I think Corrie can get away with this and it provides us with some much needed giggles. Last week Norris grudgingly agreed to marry his scatterbrained friend so that she could win a couple’s competition and visit her son in South Africa. If the wedding does happen, I’m sure it will provide more comedy gold, and I really hope Mary gets to see Jude.


Honour thy mother and father


Billy and Todd have started on a new adventure in life, with the arrival of Billy’s goddaughter Summer. I like nice Todd, even if there’s still the odd glimmer of evil and mischief in there every now and then. He and Billy actually make a good couple, and it will be good to see them tested as Summer settles into Weatherfield life. From Todd’s initial apprehension at taking on Summer full-time, to his now instinctive protectiveness over her, it’s been a heart-rending storyline that has moved at just the right pace. I also like the fact that religion has come into a lot of conversations recently, especially when it comes to Summer’s rather stern and deeply unpleasant grandmother. As an atheist it’s always interesting to see how religion and religious thought is interpreted in today’s television. 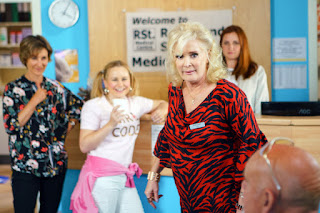 Beverley Callard is blowing me away recently. As the Rovers enters a new era with Peter Barlow at the helm, Liz McDonald has moved on to a job at the Medical Centre, where boss-from-hell Moria is doing everything she can to make Liz’s life a misery. From criticizing her interaction with patients, to mocking her fashion sense, Moira has certainly taken a disliking to Liz, even if she tries to hide her digs as constructive criticism. Trying her best to make positive steps in her new life, Liz struggles to keep up with some of the demands of her new job, and her family life, as ever, makes things even more difficult, but this has given us the viewers some brilliantly funny scenes to enjoy. Friday’s episode saw Liz whack Steve across the head for interfering in her life, after he asked Peter to give her a few shifts behind the bar. Liz’s sharp wit, impatient grimace and at times short temper highlight Bev’s brilliant acting skills, whether she’s playing comedy or drama. I’m really enjoying seeing her in a new environment, even if it still doesn’t seem quite right that she’s no longer amongst the glistening optics of the Rovers Return bar.


Thou shalt not commit adultery


I’m a little bored with the Maria, Aidan, Eva storyline – as with most soap affairs it’s dragging on a bit. The elements I’ve enjoyed have been Eva’s game play, spending all of Aidan’s money and putting him and Maria in some pretty awkward situations. And whilst Adam Barlow’s involvement now means the stakes are much higher, I’m wondering when the cat will be out of the bag and will it be a bit of an anti-climax?


Thou shalt not bear false witness


It has been great seeing Craig given some proper storylines that don’t revolve around his rat. He’s really matured since Bethany’s grooming story was revealed and it has given Colson Smith, who plays Craig, the opportunity to show us that he’s worthy of his place on the Street. Bethany’s closeness to Craig has been really sweet, with some lovely scenes, as has her ever-growing friendship with Mary, who helped Bethany through some of her darkest times. They have both given Bethany the strength to tell the whole truth about Nathan and his pervy mates. Unexpected and surprising friendships often work really well on Corrie - look at Roy and Becky for example, or Tracy and Mary. Speaking of which, I’d love to see more of Dr Gaddas and Liz together. They are complete opposites as people but it would be nice to see them both get into trouble again with Moira and strike up a bit of a friendship.


It has been really nice in the past few weeks to hear references to some old characters, including Bet Lynch and Fred Elliott. It’s nice to know they haven’t been forgotten by characters or producers. The past is very important in Coronation Street, most characters in some way are linked to residents of years gone by. I’m quite excited at the prospect of some old characters coming back to the cobbles too – I can think of a few I’d love to see return, who would you like to see come back?


So that’s me caught up. Welcome to all new Corrie bloggers, I love your work!