Corrie fans launch petition to get Liz back in Rovers Return 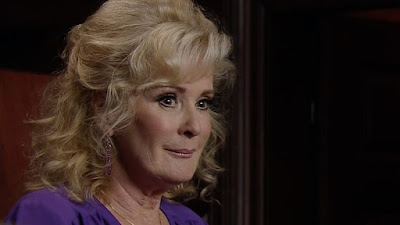 Coronation Street fan Sarah Cade has launched an online petition to get Liz McDonald back where she rightfully belongs - behind the bar at the Rovers Return.

The petition is at change.org and this is what Sarah says: "Liz left the Rovers last night in Coronation Street. It's the end of an era and a massive mistake losing such a key character, who is iconic, from the nation's favourite pub.  Liz is an iconic character who links with Corrie icons such as Bet, Alec , Vera and Jack. She should be where she belongs behind the bar of the Rovers!"

The petition will be delivered to: Coronation Street Producers at ITV.

Fortunately, Liz is not gone and I live in hope that the plan all along has been to have a big storyline that puts her back in her rightful place..in charge behind the bar at the Rovers.

Liz in the clinic is a pathetic storyline. Get she and Steve back in the Rovers where she belongs and the hub of the story.