Where are they now? Corrie Icons of the 70s - Cheryl Murray

Here we go with a look back at some of the Coronation Street icons from the 1970s. Let's find out what they've been up to since they left the show. 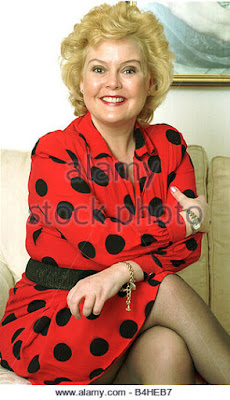 Cheryl Murray is best known for her role as flighty Suzie Birchall on Coronation Street from 1977 to 1979, with a return stint in 1983. 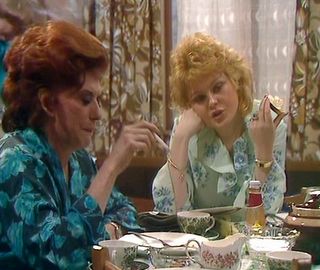 Since leaving Corrie, she appeared on television in Supernatual, Hi De Hi, Sorry, Some You Win, Zigger Zagger, Our Young Mr Wignell, The Eleventh Hour, Brookside, Midnight at the Starlight, Rich Deceiver, Live at the Liverdrone and Blue Haven.

She also made guest appearances on This Morning, Classic Coronation Street, Wire TV's Soap Show, GMTV and This Is Your Life.

In 1998 she took the role of vets wife Mrs Parker in Emmerdale but found the strain of work too hard so she was replaced by actress Lottie Ward.

A multiple sclerosis sufferer, she has now retired from acting.

In 2014 Cheryl made a guest appearance on the ITV documentary "Gail and Me: 40 years of Gail on Coronation Street".