Corrie’s links with Ireland have existed since the beginning with one of the original characters, Concepta Riley, hailing from Ireland. She regularly appeared until 1964 and made guest appearances in 1967, 1972 and 1975. 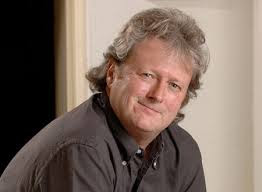 The most famous Irishman on the street has been Jim McDonald. Loved for his accent and quirky Irish sayings, Jim has become a firm favourite with viewers.

Other Irish links include barman and chef Ciaran McCarthy who was played by Boyzone’s Keith Duffy.

Paul, Liam and Michelle Connor’s parents Barry and Helen are Irish and live in Ireland although none of the children have an Irish accent. Unless they were brought up in Manchester and then the senior Connors returned to their native island.

And when Concepta visited in 1972 and 1975, she was accompanied by her fiancée and later second husband Sean Regan. Upon his visit, Sean made a pass at Bet Lynch.

And a piece of trivia for you: Sam Kydd, who played Mike Baldwin’s Cockney wide-boy dad Frankie, was an Irishman!

And a member of our blogging team, Emma, is also Irish!

I wonder if they'll be celebrating St. Patrick's Day in the Rovers Return tonight in Corrie?

Do you know of any other links with Ireland?