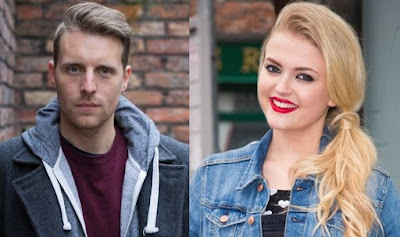 Chris Harper, who plays nasty Nathan Curtis in Coronation Street, has talked about meeting abuse survivors as part of his research into the soap role.

He tells The Mirror: “Nothing can desensitise you to what ­survivors of sexual exploitation have gone through. It’s the most important storyline I’ve ever had. It’s massively important I get this right for them. We want to reach out to people to let them know help is out there, and to tell ­abusers they can’t get away with it. Half the problem is getting people to come forward. It’s been said that for every one ­person reporting abuse, another seven don’t.”

“The stereotype is of this older man with a sticky suit, bad hair and bad teeth,” Chris says. “But often the reality is very different. The perpetrators could be any age, any colour or class, and so can the people affected.

Chris has been working with the NSPCC on this storyline and says that a child abuse victim, now 20, has been advising the show’s writers.  He also met another sex crime victim through Voicing CSA, another charity that helps the abused.

To help Chris raise money for the NSPCC, please donate at justgiving.com/fundraising/ChrisHarperCorrieRun.