Rosie and Sophie reunited - how are they doing so far? 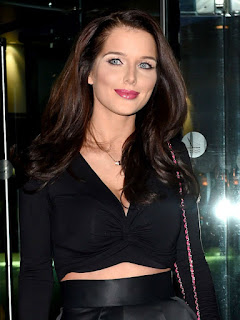 (This post was originally posted by Ruth Owen on the Coronation Street Blog in February 2017, reposted to this blog with permission.)


Since Rosie's return to the cobbles, she has received a mixed reception from viewers. We had better get used to her though, as she is to stay longer than her initial three month contract. One question that remains unanswered though, is why is she here? After her glamorous modelling life in Miami, she must have realised that Weatherfield. and even Manchester, may not offer the same opportunities. Another question that springs to mind, is, was she really so stupid as to agree to Antoine's request to take a package for him across the pond. How naïve she must be or is there a darker story line to be revealed here? She will be 27 this year so youth is fast losing any credibility as an excuse.

But Rosie can be irritating and, of course, that is part of her character.  She channels a kind of helpless female shtick, which I don't find very appealing. No offence to ladies who are reading this, but a pet hate of mine is women and girls, in fact anyone in pink. Rosie has been wearing a pink garment for a while and is carrying a rather unsavoury looking fluffy pink handbag round with her. 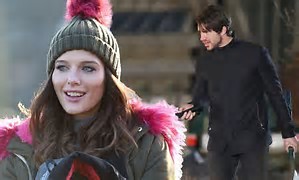 In the pub, with new squeeze Adam, she was sharing her concerns about the cocaine and even told Adam where she had buried it. I wonder why. Anyway, clutching her head in dramatic fashion, she mentioned how she would be unable to survive prison. Turns out it was the food that she was objecting to and that she feared they would not have heard of coconut oil. Poor love!

I wonder how long the Adam and Rosie romance will last. These two complement each other in some ways. Both are very much into their appearance and seem to have a good deal of misplaced self-confidence - Adam more so than Rosie. His self-satisfied smug expression along with his scheming and wheeling and dealing, and his exam cheating, all combine to make him lacking in any obvious redeeming feature. 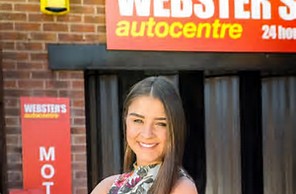 Sophie is the sensible one of the Webster siblings and maybe it is her Christianity which helps her to forgive and tolerate her sister. I'm pleased that for now at least, Sophie has some time as a young single person. Since Maddie's death, she has not been involved in a relationship though not so long ago it looked almost certain that Sophie and Kate would be pushed together, especially as things were not going well between Kate and Caz.

Sophie has some admirable qualities and one of them is her willingness to accept when she is in the wrong or responsible for a problem. She accepts that her dad's garage problems are her fault in part,for not having taken out travel insurance. Sophie is a doer and having told her dad she is resigning from the garage, she seizes the opportunity to take on Tim's window- cleaning round. I admire too her feminist stance. Explaining to her dad that she will be window cleaning, he expresses surprise. Rosie warns him. 'Why not? Be careful, be very careful.' Good on you, Sophie.