‘The Graffiti Club’, they called it

A couple of years ago, I wrote a Blog, “Too many nights in the ’açienda?” (still available here) in which I speculated about the Corrie characters that might once have frequented the Haçienda nightclub in Manchester city centre.

I didn’t realise, you see, that Weatherfield had a burgeoning club culture of its own in the early to mid ’80s. It took a recent trip down memory lane with Peter Barlow to bring me up to speed.

Peter Barlow said to Adam, when discussing the latter’s ‘right’ to Underworld: “Years ago, your Dad owned a club over the road. ‘The Graffiti Club’, they called it… it’s a medical centre now, so you’d best get yourself in there, demand they give you some of their drugs…” 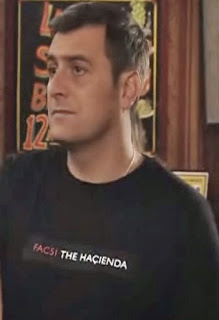 My post in January 2015 argued that Peter Barlow probably would have visited the Haçienda. I based this assumption, which I still imagine to be true, on Peter’s age and his fondness for FAC 51 clothing, not to mention his general coolness. It seems Peter may also have hit the dancefloor of the Graffiti Club! 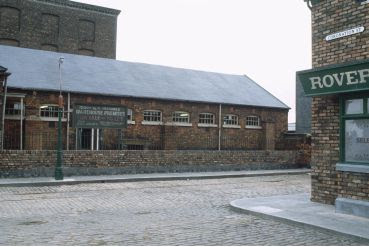 I’ve now discovered that exactly like the Haçienda, the Graffiti Club was opened on the site of a former warehouse. And Peter is right - Mike Baldwin and Alec Yardley bought the old building on Rosamund Street in early 1983. It was at the end of Coronation Street, opposite the Rovers, and the industrious pair planned to turn the derelict warehouse into a BANGIN’ nightclub and disco.

Being just six months old, my memory of what was happening in Coronation Street at that time is hazy. Surely, though… Baldwin - ever the entrepreneur - would’ve taken inspiration from what was going on over at Whitworth Street West. The Haçienda launched in 1982, so it seems reasonable to assume the Corrie scriptwriters were reacting to cultural events in Manchester. 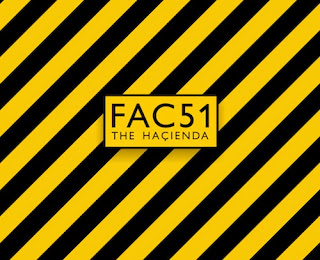 The new Graffiti Club was also made physically possible by developments at Granada. In 1982, an almost full-size exterior street was built in the backlot on Quay Street. This allowed the producers to incorporate Rosamund Street into the set, and the additional building was the Graffiti Club.


Back in Weatherfield, with support from Len Fairclough and Alf Roberts, the council granted the appropriate ‘change of use’ planning permission and the club opened in September ’83. Its name came from a comment by Eddie Yeats; presumably a derogatory one.


I understand that Hilda Ogden worked in the cloakroom and Alec Yardley's nephew, Don Watkins, managed the place before disappearing with the money in January ’84. The Graffiti Club closed soon after. 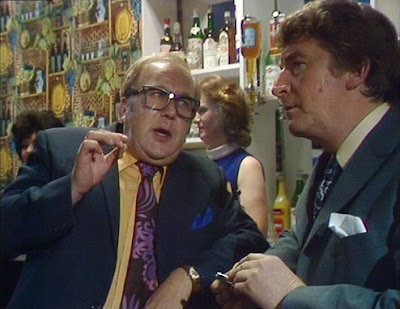 It was revived in 1986, by Alec Gilroy, who I believe managed it as more of a Working Men's Club, on behalf of Newton & Ridley. There was a fire at the Rovers in June that year and the Graffiti became the place to be for a short while. Jack Duckworth even did a stint behind the bar… but the punters, and Jack, soon drifted back to the Rovers.


By December 1986, the Graffiti was losing money and the brewery sacked Alec Gilroy. The club shut for good and lay dormant until 1999, when the closure of the Granada Studio Tours enabled the Corrie set to expand and the abandoned Graffiti Club was turned into the Medical Centre and chippy. 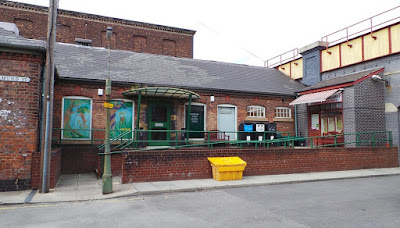 So, for four short months in 1983-84, Weatherfield had its own bona fide nightclub. I wasn’t a conscious Corrie viewer at that stage of my life, so I’m going to need some help in picturing the scene.


Who made up the Graffiti Club’s clientele? Looking at the characters from that period, I’m guessing the triumvirate of Curly, Terry and Kev probably had a few nights out that started in the Rovers and ended up in the Graffiti. 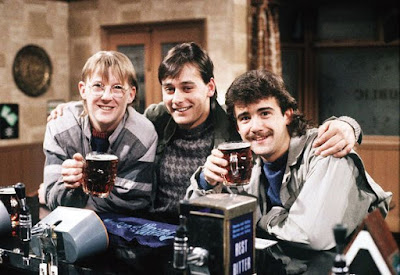 What about Shirley Armitage, Sharon Gaskell, and Brian and Gail Tilsley? I can’t imagine Ken would have allowed Deirdre to go to a club owned by Mike Baldwin, though I bet the bright lights would have tempted her.

And what was the music policy? I’d love to know if they filmed many scenes inside the club and whether anyone can remember the sort of stuff they played? 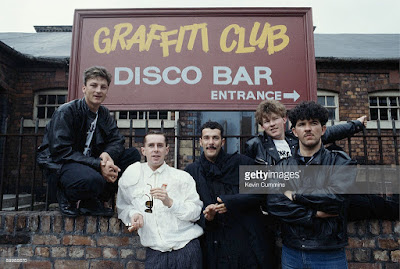 Judging by this fantastic photo, it would seem Frankie Goes To Hollywood appeared there at some point in late 1983… perhaps the same weekend that they performed at the Haçienda. 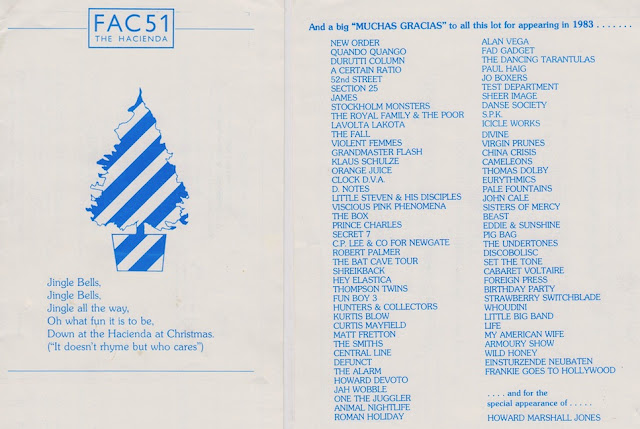 The image above is taken from a leaflet advertising the Haçienda’s New Year's Eve party in 1983, and in all seriousness – Frankie Goes To Hollywood visited the Coronation Street set in 1984 and were pictured there by the Mancunian music photographer Kevin Cummins. Pretty cool!

With new sets being built at the Salford Quays site and even a new street, I wonder if there could ever be another club in Corrie, perhaps on this Kitchener Street that I’ve read about. ‘The Kitchen Club’, they’d call it…