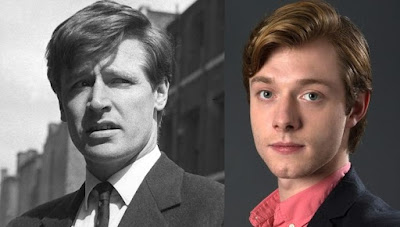 Rob says that when he got the part of Daniel in Corrie: “... I went back and watched a lot of the old clips of Bill as Ken, especially ones of him fighting. There’s lots of those. I wanted to see how Ken considered himself not as posh, but above the rest of the people around him, the anger he had in him and also the way he wooed women back in the day.”

He tells the Mirror: “In the description of the character, it did say Daniel was a young Ken Barlow. It was only after getting the job that people started saying that I looked like him back in the day. I’ve had people write to me saying they can see the comparisons to the way Bill was in the early 1970s. The hair definitely has something to do with it, and the way Daniel dresses.

“Bill can see it, too. He brought an old picture of himself into make-up one morning and went round showing it to everyone, saying he couldn’t believe how closely we resemble each other. He loves it.”