Rita at 85: Your favourite moments?

(This post was originally posted by Llifon on the Coronation Street Blog in February 2017, reposted to this blog with permission.) 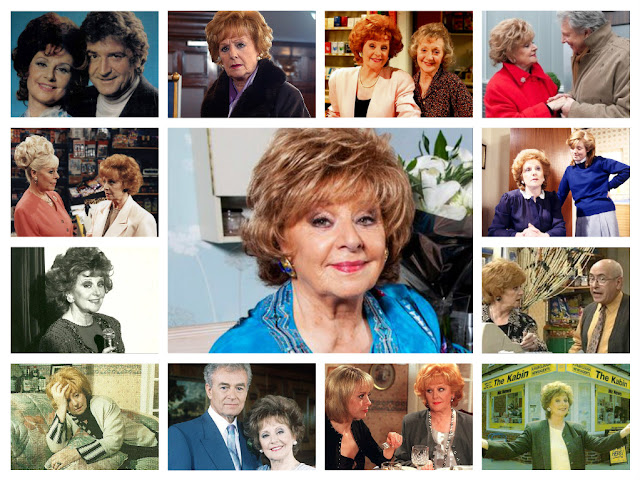 Today marks a birthday milestone for Rita Tanner as she reaches her 85th birthday. Barbara Knox, who plays her, won't reach that milestone until September 2018.

Corrie will be mentioning Rita's birthday in Monday's episode where everyone seems to have forgotten it! I wonder if Emily has sent her a card from Peru?!

For 45 years Rita has starred in memorable storylines, shared classic scenes with classic characters, and has had her fair share of hairdos and clothes!! You can tell what year a photo or clip is from Rita's hair!! She's a character who has many threads and layers. From her romances to being a mother figure, from running the Kabin to singing, Rita is a classic soap character and one of the last true soap royalty still active on screen.

So what better on a Saturday in February than share your Rita favourite moments/storylines with us on the blog.

My top five: Rita's slanging match with Bet in 1995; Rita confronting Alan Bradley in 1989; Rita running after Norris after he bought her flashing trainers after she broke her toe in Budapest in 2006; Rita in court in 2004; and Rita's version of A Winter's Tale in 2010.

What are yours? Happy birthday Reet!!