The grooming of Bethany Platt in Coronation Street 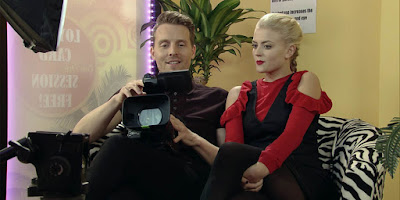 Last night's Coronation Street made very uncomfortable viewing, that's for sure. We knew it was coming, we'd seen the tabloid spoilers and the official previews. Our blogger Emma had even interviewed Chris Harper, the actor playing Nathan Curtis on Corrie.  You can read Emma's interview here.

But still, even though we had all the warning we needed, I didn't expect it to shock me as much as it did last night. The grooming of Bethany took a dark and nasty turn when she slept with Nathan. He didn't force her into bed, he didn't do any of the things we're familiar with in soap or early evening TV drama.  And that made it all the more powerful and awful to watch. 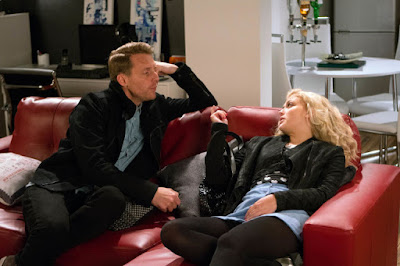 Earlier this week, Corrie scriptwriter Jan McVerry admitted that some of the show's team have grappled with the storyline, expressing concern that it's too dark for Corrie. You can read our blogger Stevie Dawson's thoughts on that here.

The episode ended by asking people to head to itv.com/advice if they had been affected by the issues in the programme. 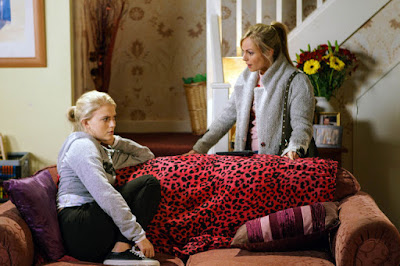 The NSPCC website contains information about how to spot if a child is being groomed. Signs include being secretive, including about what they are doing online; having older boyfriends or girlfriends; having new items such as clothes or mobile phones that they won't explain; or appear to have access to drugs or alcohol.

If you would like to speak to someone for help or advice:

dark, yes...but more realistic than some of the stupid storylines that we have been getting lately - how many drug dealers, murderers and serial marriage/divorces can one small neighborhood have - let's have some of the old lighthearted entertainment back on the street
Karen

The old line about looking in the dictionary and finding the picture of someone when using a word, keeps coming to mind every time Nathan appears. In this case the word I keep thinking of is "smarmy". All my "spidey" senses start reacting, sirens go off in my head, etc. whenever he shows up. What I haven't yet figured out is just how he plans to exploit Bethany. I suspect he'll try to use her for the twisted pleasure of wealthy perverts, who are willing to pay well for the experience of using a naive young girl. I hope I'm wrong.

Coronation Street is like the Cabot Cove of the UK. The joke about not living anywhere near the amateur sleuth of "Murder She Wrote" applies to our favourite soap. I've lived almost three quarters of a century, and not only have I never experienced almost all of the events that seem to happen regularly on that small ill-fated street, but neither has anyone I know. Divorce -yes, murder -no. Parking ticket -yes, drug deal-no. Etc.!!

He's the spider, she's the fly.
Kudos to the actors and writers of this realistic but creepy storyline.