Did Ken do the right thing with Adam - Yay or Nay? 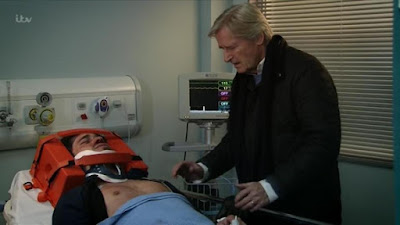 Was Ken too harsh on Friday night when he told grandson Adam to sling his hook?  Ken even packed Adams' bag for him and gave him the cash to pay for a plane ticket back there too.

"It's because I'm Mike Baldwin's son, isn't it?" Adam asked. And even though Ken denied that it had anything to do with that, we know that's got to be a factor.  Ken wants a quiet life with his academic and that doesn't involve Adam, or any reminder of Mike Baldwin either. 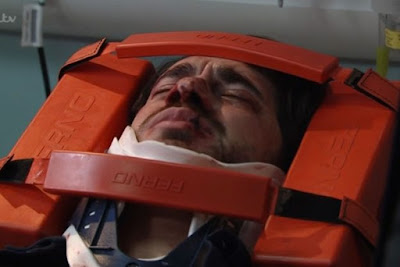 It's hypocritical of Ken, I feel, to abandon Adam while continuing to allow Tracy - who, let's not forget, killed someone - to live at No. 1.

But was Ken right to cut his ties with Adam and set him loose?  What do you think?

At least he left looking upset, showing that even he was torn by the decision. I am too, there are pros and cons to both. Adam said that Amy was threatened, that would scare me into telling him to leave. Plus sending him back to Canada could put Adam out of harms way as well. On another note, the whole 'hooked on painkillers' story seemed a little contrived. I think Adam is still playing Ken.

As smarmy and self centered as Adam is, he DID make Tracy look like a choir girl, which takes some doing. As a trouble maker, he's certainly preferable to Pat Phaelan who has been there far far too long (no offense to the chap playing him well).