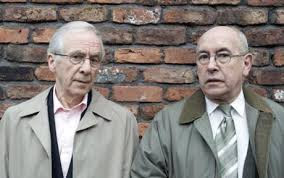 He had reportedly been battling dementia for four years and died in a care home on November 23rd.

Andrew played Norris' brother Ramsey Clegg in Coronation Street and arrived on the cobbles in 2009.

From Corriepedia: In 2009, Ramsay discovered he had a brain tumour and not long to live, and decided to attempt to make up with Norris. Norris accused Ramsay of killing their mother, saying that he still "had blood on his hands". Later it transpired Ramsay was the older illegitimate brother of Norris, who was sent to Australia as a child. 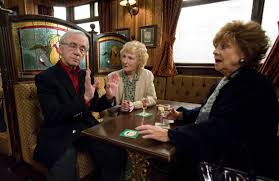 Emily Bishop took a shine to Ramsay, and the pair grew closer. But Norris shamed Emily for her closeness to Ramsay. Not wanting to cause Emily any pain, a disappointed Ramsay decided to return to Australia.

He departed on 27th August, after sharing a tender moment with Emily. A cold Norris refused to forgive him and a disappointed Ramsay left in the back of a taxi. Norris and Emily were later shocked when they discovered that Ramsay had died on the flight to Australia, and even more when finding out about his brain tumour.

Soon after Ramsay's death, a trunk of his possessions arrived for Norris. Reluctantly, Norris looked through the trunk, finding, among other things, a boomerang Ramsay had intended to give to him as a child, and a large number of letters Ramsay had written to their mother, asking to see her. Finally Norris found a letter from their mother, asking Ramsay to leave her alone. Finally realising that Ramsay had never been the villain, Norris went to his grave, crying over the brother he had never let himself get to know.

Norris received a telescope from Ramsay in November 2014, although the package had been redirected several times and took a while to finally reach him. Norris deduced that his late half-brother must have liked astronomy. Emily also spoke of her closeness to Ramsay.