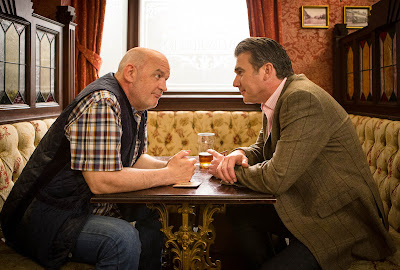 
Quotes of the month:
Craig applies to be a special constable and needs to know about any family convinctions.
"Do you want them alphabetically or by year?" asks Beth.
See also Coronation Street reviews: