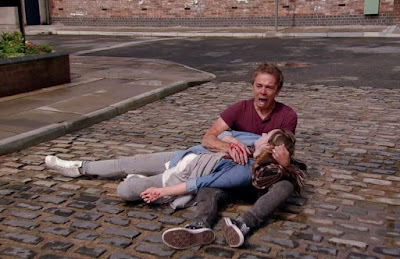 Quotes of the month:
Beth goes to visit Tracy in th’ospital and when she enters Tracy’s hospital room, she’s speaking to her aunty on the phone: “There’s only three things that tell the truth - kids, drunks and leggings!”