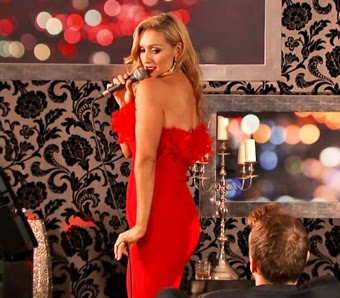 “In the scarlet letter book I am a H” Mary says.
Erica replies wonderfully with “But Whore is spelt with a W!”
“I meant Harlot!” huffs Mary.

“This is exactly the kick up the tush that I needed to get out of this place,” Carla tells Tracy.
"Oh! So that's what's happened is it? I've done you a favour?" smirks Tracy before going in for the kill. "No. I'll tell you what's happened, shall I? You've become my bitch, babe. Always knew you had it in you".