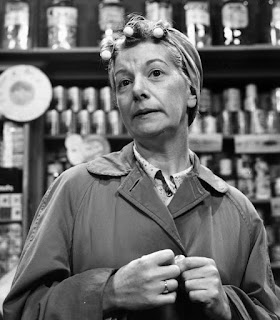 Fans of Coronation Street likely know who Hilda Ogden is. She's a classic character who debuted on Corrie in 1964 and remained until Christmas 1987 when her portrayer, Jean Alexander decided to leave. Hilda was one of Corrie's most beloved characters.
In November, Jean Alexander died at the age of 90. ITV has put together a tribute to Jean and Hilda called Hilda Ogden's Last Ta Ra.

The program airs in the UK just before Christmas and will contain classic clips from throughout her Corrie career.

Great news for Canadian fans, CBC is going to bring us the special episode The commemorative documentary episode will go out as part of the festive schedule.  It will include accolades from many of the Coronation Street cast.