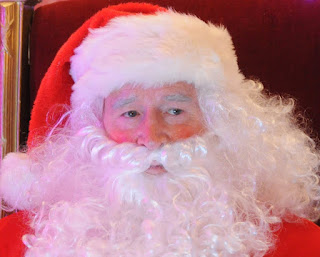 This Christmas on Coronation Street, I would like to see the following:

1. Rita singing in the Rovers.

3. Gemma getting tiddly on sherry with Rita in her flat

5. Ken to make a full recovery and kick some butt in the Barlow house.

6. Mary and Norris to share a kiss under the mistletoe.

7. Number 6 repeated, this time with Freddie and Audrey.

8. Eileen to throw Phelan out on Christmas Eve, he has to wander the streets in the snow.

9. Gail's sprouts to be cooked to perfection

10. Snow. Lots of snow. There's nothing quite as magical as a Weatherfield winter wonderland.

But never mind me, what would make YOUR Christmas viewing extra special on Corrie?

Email ThisBlogThis!Share to TwitterShare to FacebookShare to Pinterest
Labels: lists