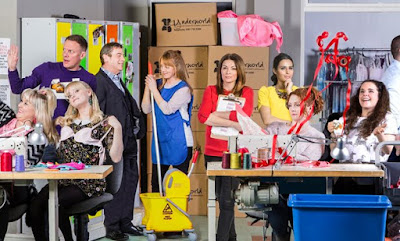 Nick goes out running for the second time in the same day, as a way to vent his frustrations.
“Run like the wind,” Carla tells him. “Run to the top of a mountain and pull me down a star.”
“I was thinking of five times around the Red Rec.” Nick replies