What's next for Phelan? Connor McIntyre reveals all 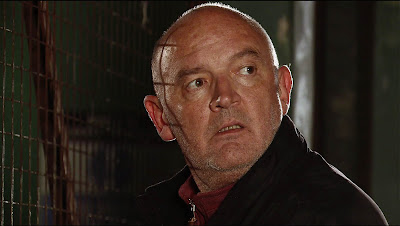 Connor McIntyre, who plays Pat Phelan, gives a good interview to Inside Soap magazine this week.

When asked if Phelan would have killed Michael himself if he had been forced to, Connor says: "That's a good question! We've seen enough of him to know that he can spin on a sixpence but I don't think he's the bloodthirsty type. If he can do his dealings without any of that, all the best for him. He's more of an arch-manipulator."

He says that being talked of as the next Richard Hillman... "Those are big boots to fill. Hillman is the benchmark but in Pat they've created a fully rounded baddie we can relate to in some way."

And if there comes a point at which Phelan's crimes catch up with him, Connor says: "The guys upstairs decide that and the writing team are doing a fantastic job, so I have no anxieties. Put it this way - I'll be here for as long as there is work for Pat Phelan to do!"