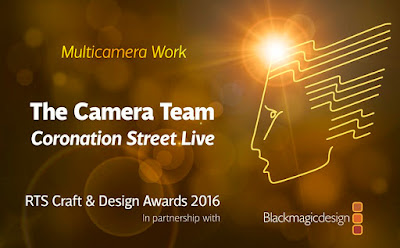 Coronation Street has won a Royal Television Society Award in the Craft and Design Awards 2016.

The award went to the camera team for Coronation Street Live (September 2015).

The RTS Craft & Design Awards recognise the huge variety of skills and processes involved in programme production from editing to lighting, and costume design to digital effects.

The awards were held in the London and you can watch a montage from the awards show via the wonders of YouTube, below: