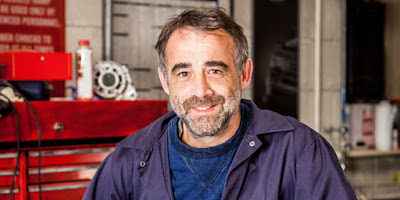 Tabloid reports today suggets that Michael Le Vell has been given a new one-year contract to stay on at Coronation Street.

Mr Curry Sauce tells The Sun:  “Mike has steadied the ship that’s for sure. He is more content with life than ever at the moment – happy with just about everything.  OK he has gone back to the lager but it’s nothing like it was and he has re-assured the Corrie hierarchy it isn’t a problem and they have accepted that.

"It’s going to be another happy new year for him. They know he is a professional at work, always punctual and knows his lines off by heart which is a godsend to the production people.”

Hurrah! I've always liked Kevin Webster but he hasn't had much in the last couple of years so let's hope they give him something to do soon.