Where have all the old Corrie cobbles gone? Find out here 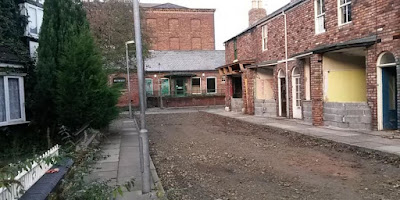 Yesterday we posted some of the saddest pictures of the old Coronation Street set. It's been left in an abandoned state with all of the signs and cobbles ripped up. Have a look at the pictures here.

Some fans on social media are asking us if we know what happened to the cobbles. Well, we do, and we blogged about them earlier this year.

Back in September we visited Corrie on Tour in Glasgow. Juliana Delaney, the chief executive of the Continuum Group who run Corrie on Tour, (it's currently closed for repair) told us - in an exclusive first - what has happened to all of the cobbles from the old Corrie set.

Find out here from our blog post back in September.